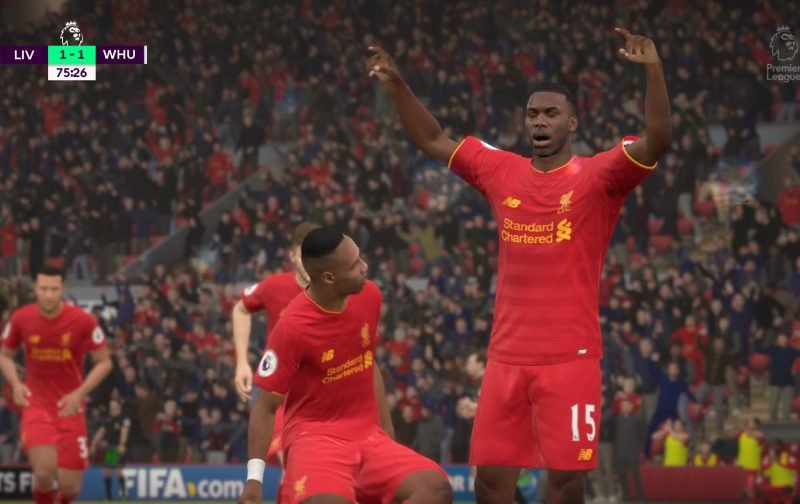 Ahead of this weekend’s concluding Premier League clash at Anfield between Liverpool and West Ham United, Shoot! took to FIFA 17 to predict this afternoon’s scoreline.

The Reds, who were on the wrong end of a thrilling seven-goal thriller (4-3) at AFC Bournemouth last weekend, will be wanting to get back to winning ways if they are to keep up with the rest of their title rivals.

Meanwhile the Hammers, who hovered just one point above the Premier League’s relegation places coming into this weekend, were convincingly thrashed 5-1 at home to the hands of Arsenal last time. 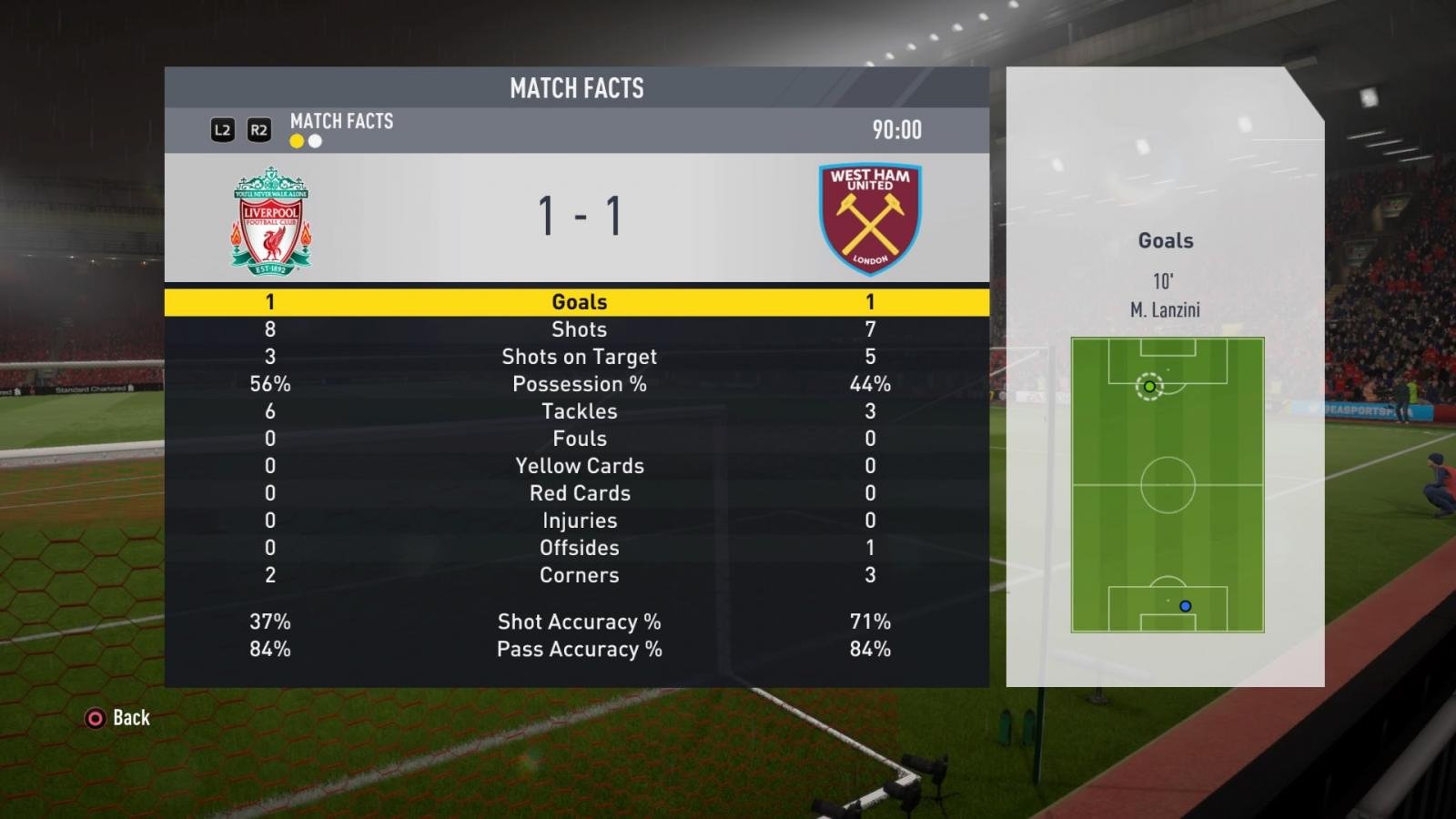 So, could either side improve on last weekend’s display? Not really. Not according to our FIFA simulation game, anyway.

Both sides played out a 1-1 draw in Merseyside; with England international Daniel Sturridge netting a late equaliser for the hosts, after Manuel Lanzini’s sensational long-range strike beat Liverpool goalkeeper Loris Karius inside 10 minutes.

What do you think the Liverpool v West Ham United scoreline will be?