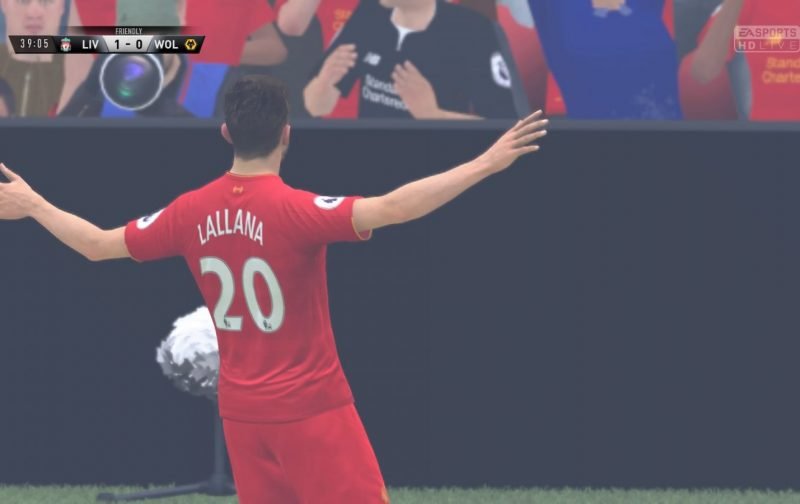 Ahead of Saturday’s FA Cup fourth round clash between Liverpool and Wolverhampton Wanderers at Anfield (12:30), Shoot! turned to FIFA 17 to try and predict which side would progress to the next round and take another step closer to Wembley Stadium.

The Reds, who were knocked out in the semi-finals of the EFL Cup in midweek to the hands of Southampton, are still without winger Sadio Mane due to his participation at the Africa Cup of Nations.

Meanwhile Wolves, who currently sit 18th in the Championship standings, are looking to build upon their impressive 2-0 away win at Stoke City in the previous round of the FA Cup. 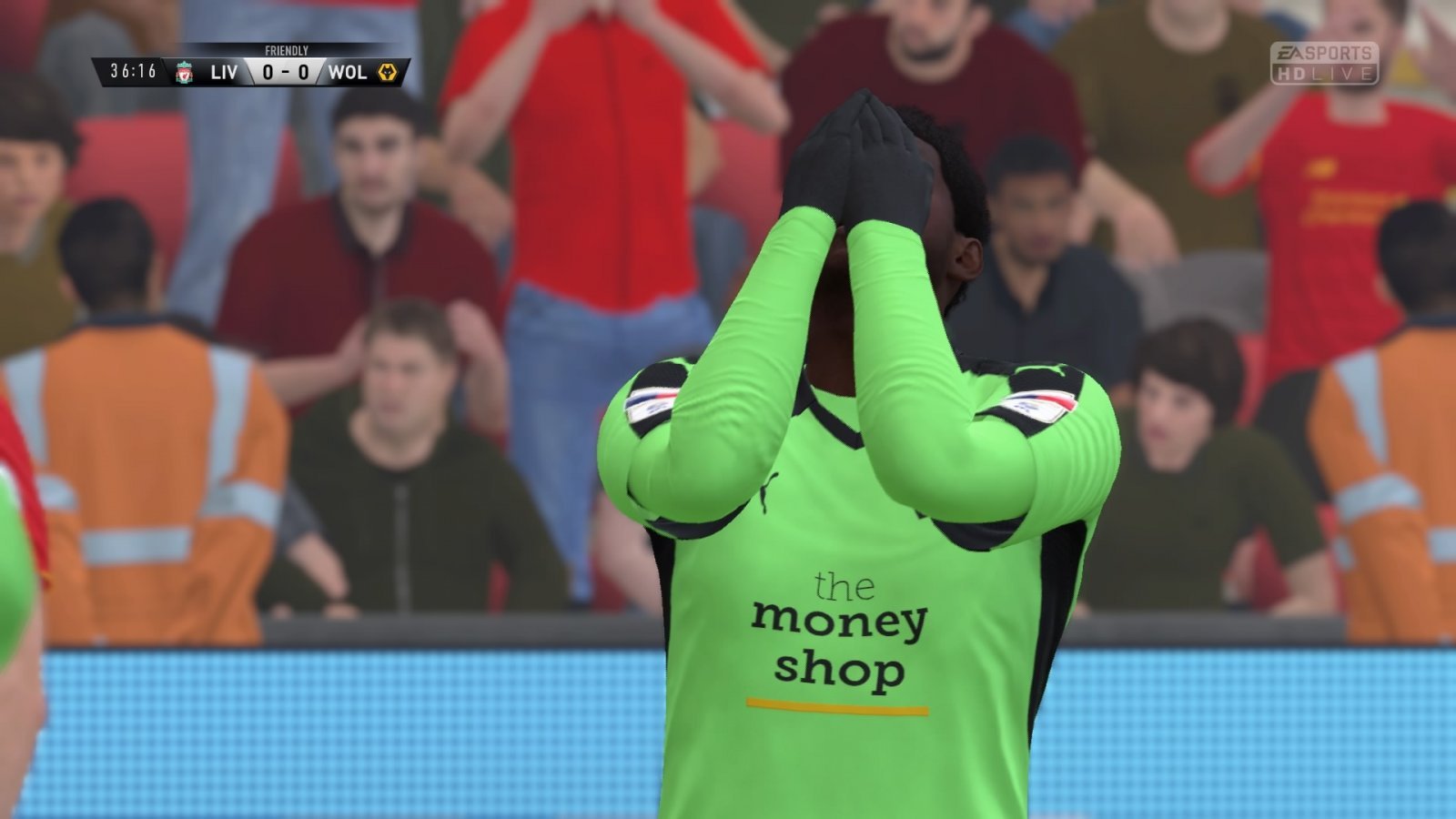 But the Premier League hosts shrugged off Wednesday night’s disappointment in the EFL Cup to book their place in the fifth round of the FA Cup, defeating Wolves 1-0 at Anfield – on FIFA 17 anyway!

Jurgen Klopp’s men completely dominated this cup tie, registering 15 shots throughout the 90 minutes, with eight on target, compared to the visitors’ none.

However, The Reds only won by a narrow scoreline, with Adam Lallana netting the match winner after the midfielder latched onto Jordan Henderson’s through ball to comfortably finish past Wolves goalkeeper Andy Lonergan before half-time. 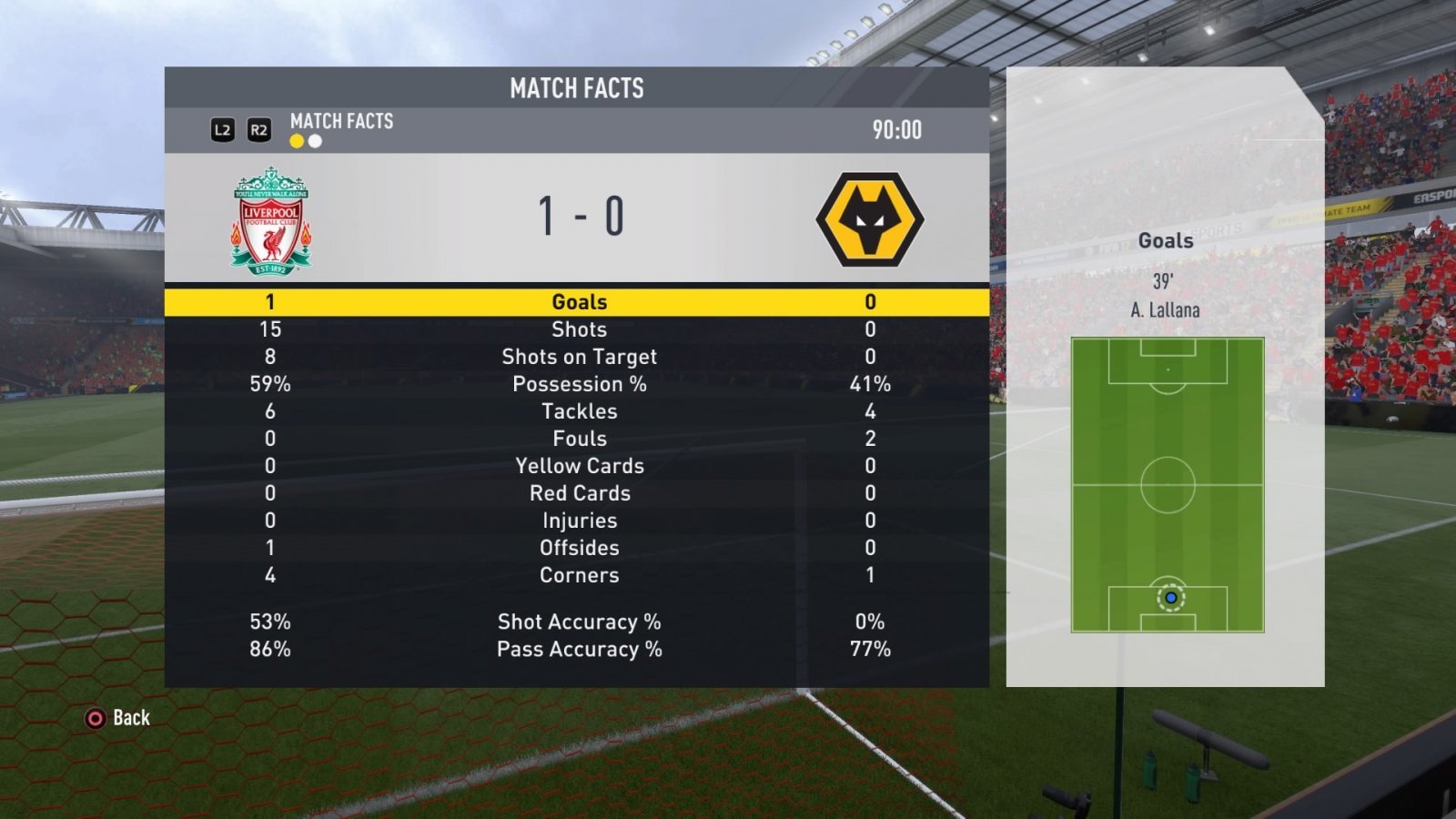