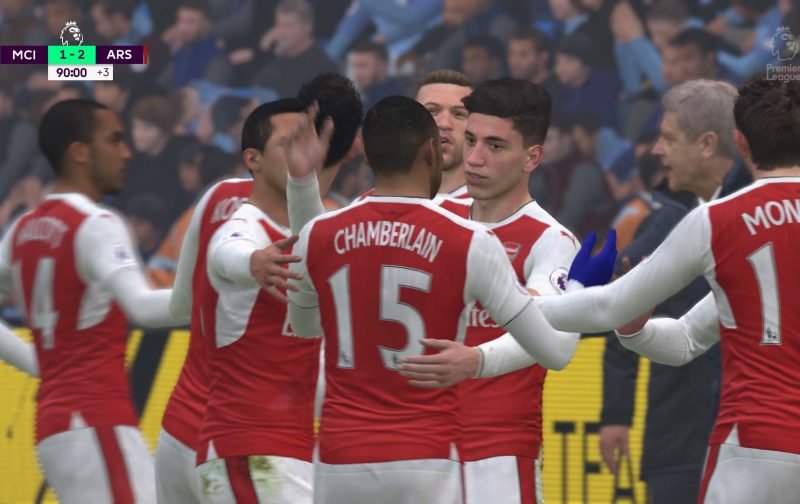 Ahead of Sunday’s Premier League clash at the Etihad Stadium between title contenders Manchester City and Arsenal, Shoot! took to FIFA 17 to predict this evening’s outcome.

The hosts, who fought off Watford 2-0 in midweek, came into the weekend just one point behind the opposition in the top-flight standings.

Meanwhile the Gunners, who surprisingly lost 2-1 at to Everton on Tuesday night, were hoping to get back to winning ways. 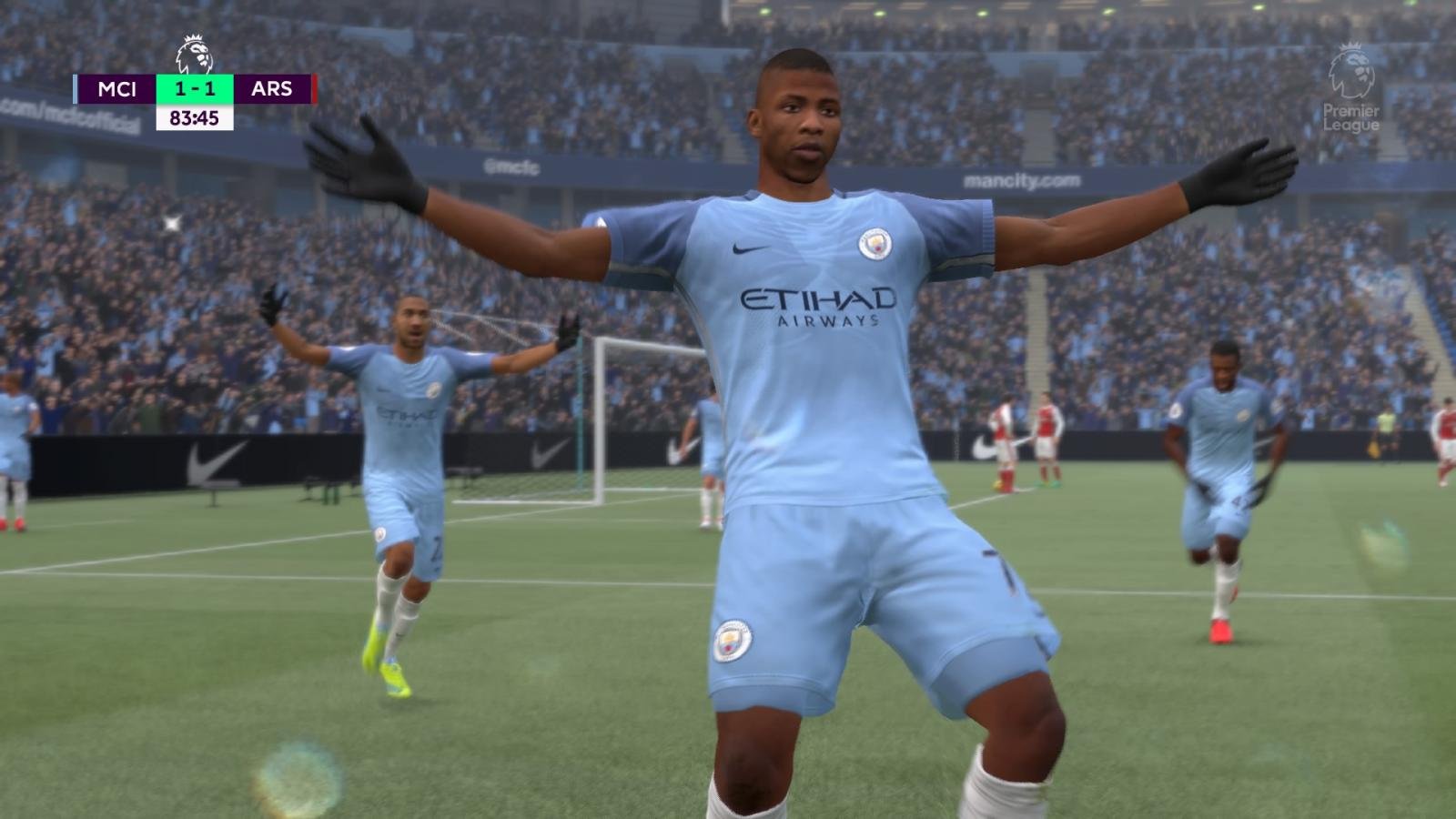 And that is exactly what Arsene Wenger’s side did! Though, they did it the hard way.

If FIFA is anything to go by, Arsenal came from behind to secure all three points at the Etihad, with substitute Alex Oxlade-Chamberlain netting the injury time winner (1-2).

In the absence of the suspended Sergio Aguero; Kelechi Iheanacho led the City frontline, and with good fortune too, as the Nigerian star cancelled out Alexis Sanchez’s 12th minute opener to give Pep Guardiola’s side what looked like a share of the spoils late on.

But cue Oxlade-Chamberlain! The England international scored his third league goal of the campaign from close-range, beating goalkeeper Claudio Bravo at his near post, after collecting Mesut Ozil’s through ball.

Let’s hope Sunday’s real encounter is as thrilling as this result! 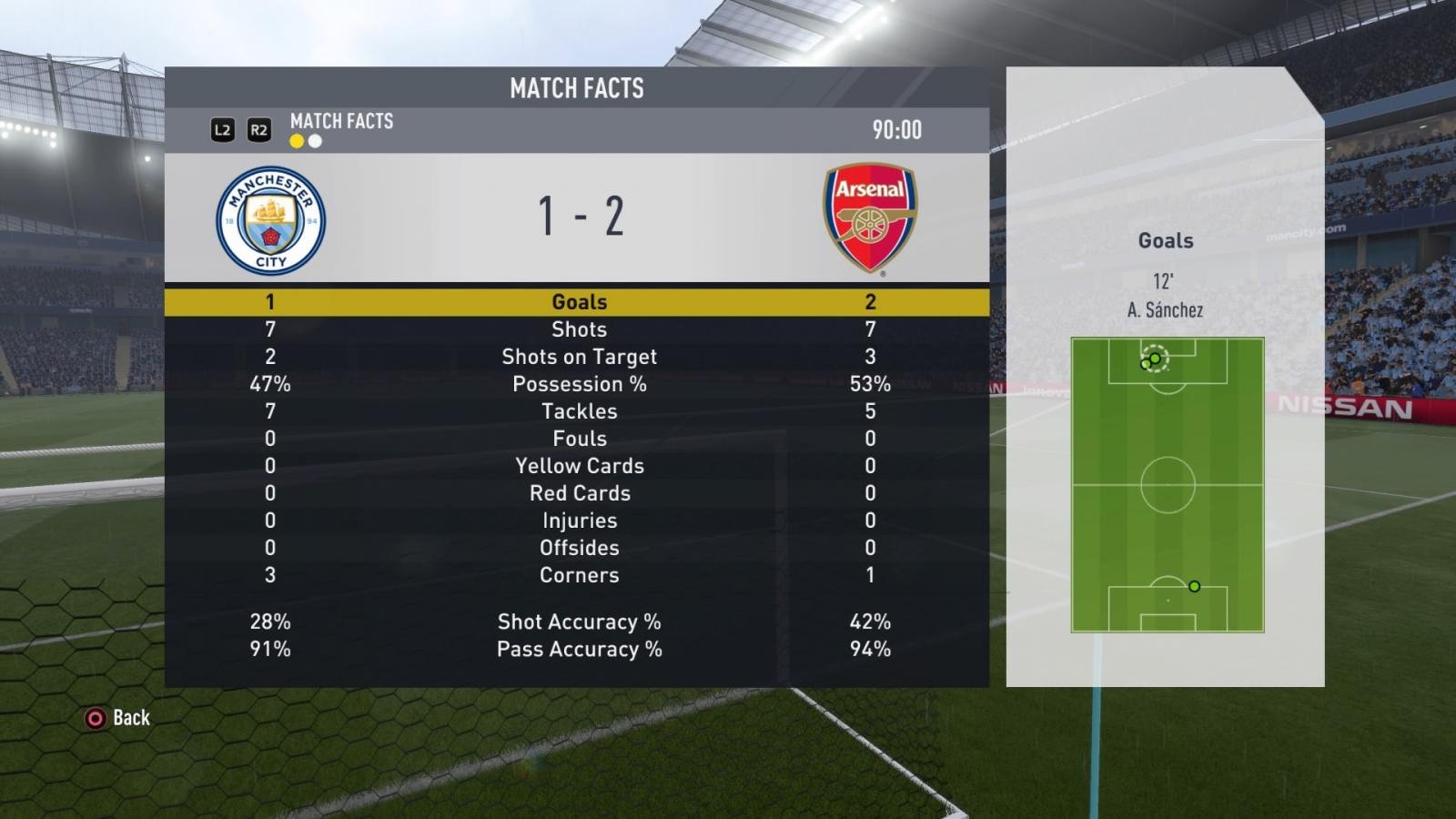