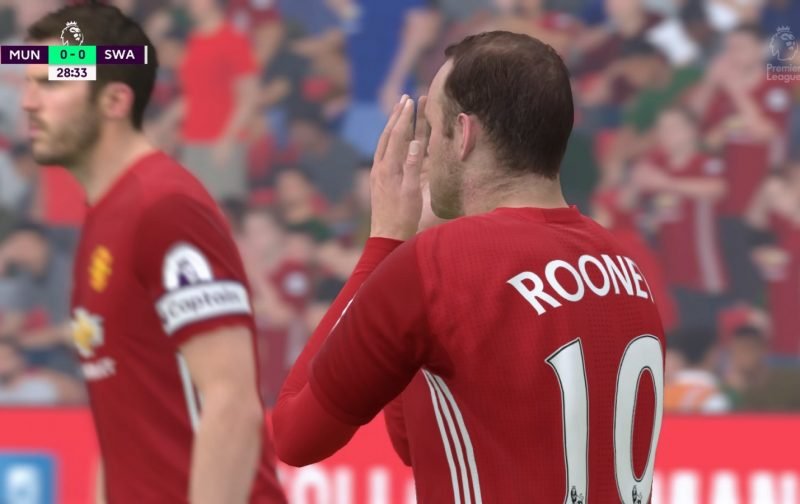 Ahead of Sunday’s Premier League clash between Manchester United and Swansea City at Old Trafford (12:00), Shoot! took to FIFA 17 to try and predict the scoreline.

The Red Devils, who are pushing for a top four finish in the top-flight and UEFA Europa League success this term, will be without injured stars Timothy Fosu-Mensah, Zlatan Ibrahimovic, Juan Mata and Paul Pogba, as well as the suspended Marouane Fellaini for tomorrow’s fixture.

Meanwhile The Swans, who sit third from bottom in the Premier League table, two points adrift of Hull City heading into the weekend, welcome back midfielder Jack Cork and defender Martin Olsson following their respective injuries. 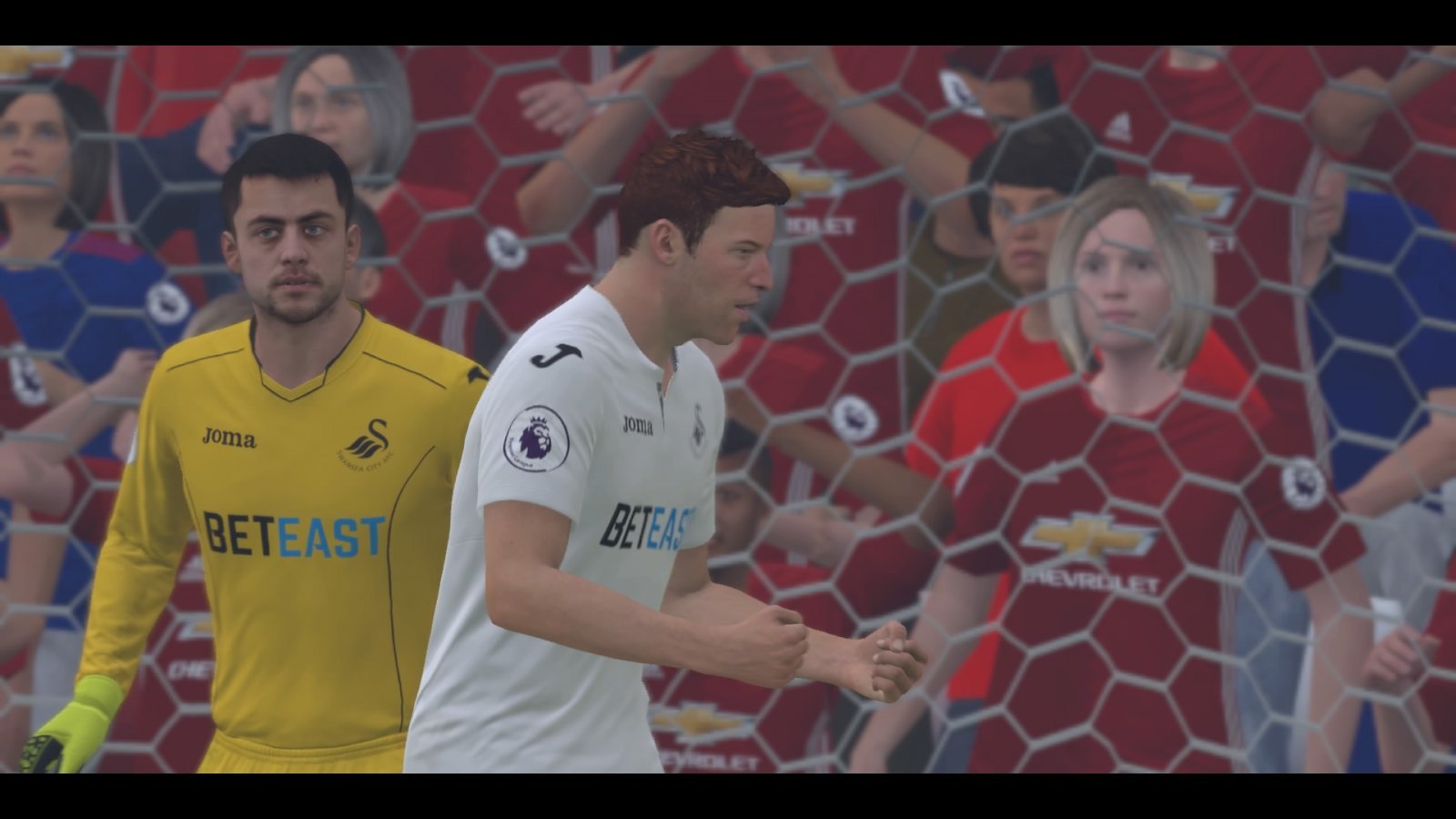 But it was Paul Clement’s struggling visitors who came away from The Theatre of Dreams the happier of the two sides, after holding Jose Mourinho’s men to a drab goalless draw – on FIFA 17 anyway!

Wayne Rooney (2) and Ander Herrera registered United’s only shots on target, though all three efforts were easily saved by Swansea shot stopper Lukasz Fabianski, as the hosts sorely missed the attacking likes of Mata, Pogba and Ibrahimovic.

With United chasing a top four finish to ensure they qualify for the UEFA Champions League next term, a stalemate against The Swans at Old Trafford could derail their elite European hopes. 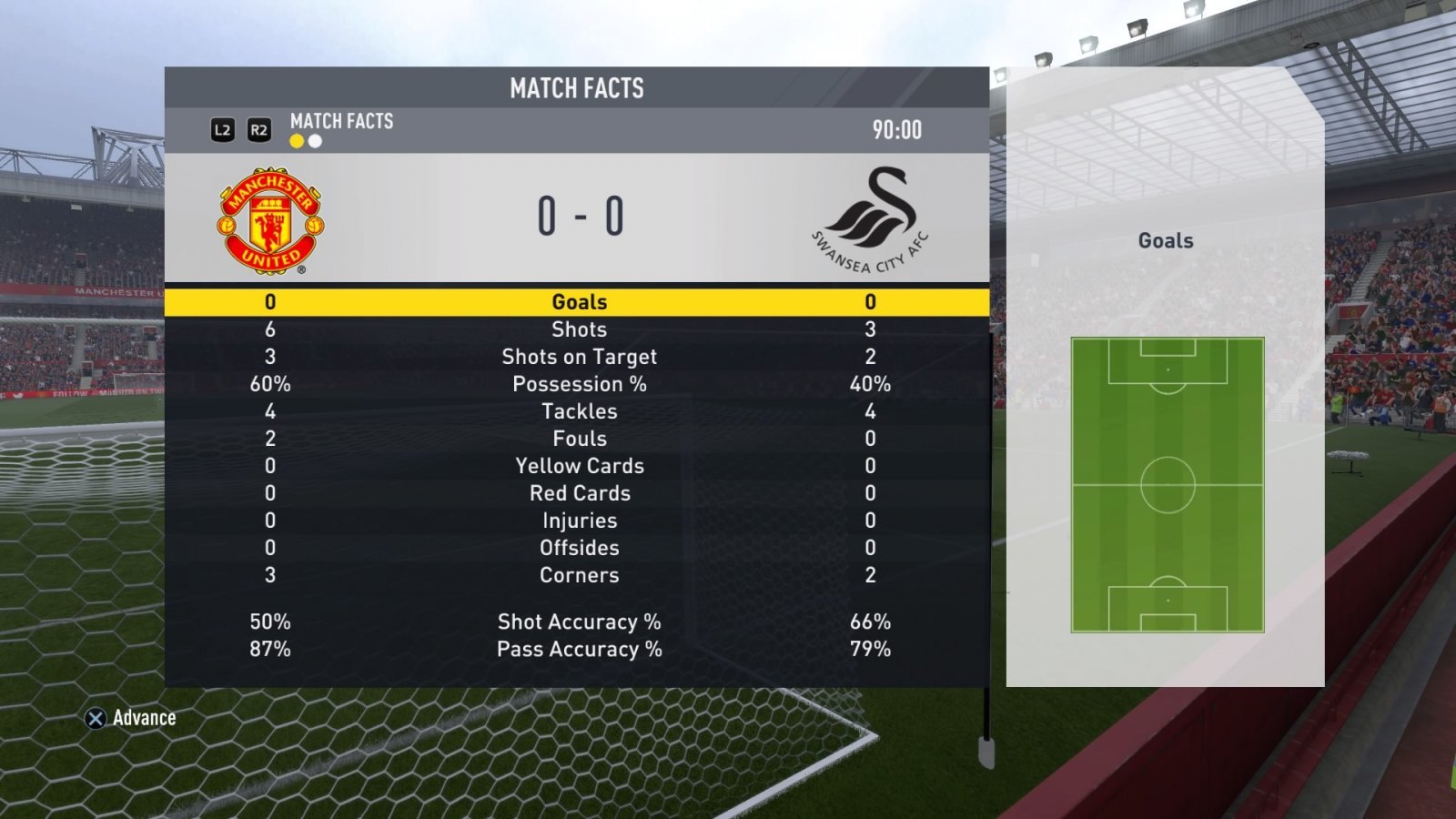