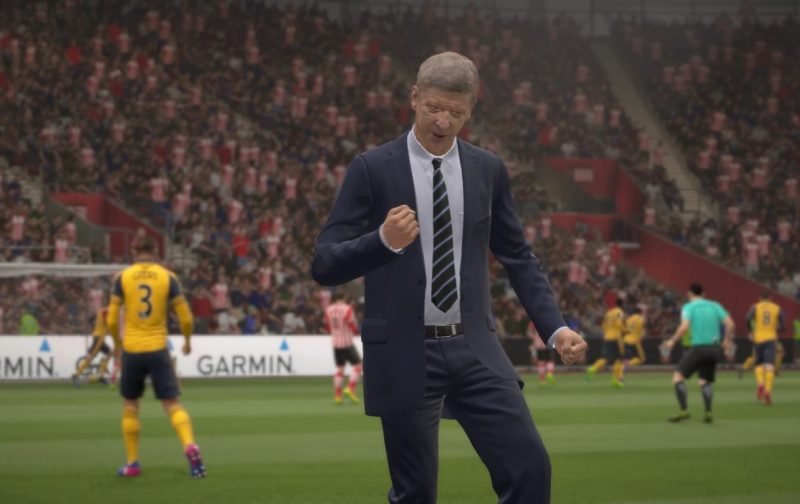 Ahead of Saturday’s FA Cup fourth round clash between Southampton and Arsenal at St Mary’s Stadium (17:30), Shoot! turned to FIFA 17 to try and predict which side would progress to the next round and take another step closer to Wembley Stadium.

The Saints, who booked their spot in the 2017 EFL Cup final in midweek, could rotate their squad following Wednesday night’s 1-0 victory at Liverpool.

Meanwhile The Gunners, who have climbed up to second spot in the Premier League table following last weekend’s last-gasp 2-1 win over Burnley, will be without suspended midfielder Granit Xhaka. 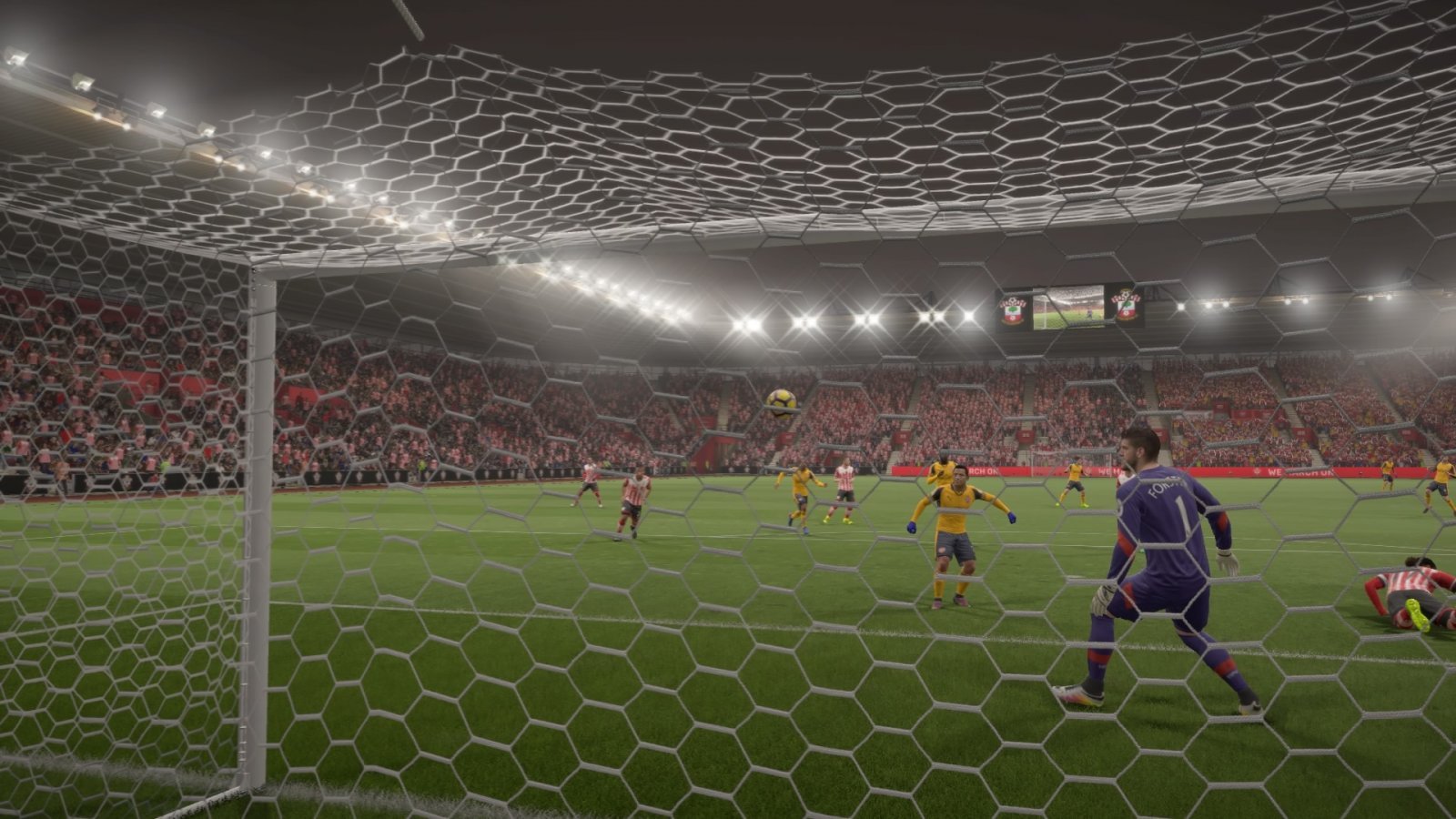 So, with both sides in decent form, it was little surprise that Southampton and Arsenal played out a 1-1 draw on the south coast, forcing a fourth round replay – on FIFA 17 anyway!

But it was Arsene Wenger’s side who looked to have sealed their spot in the fifth round late on, when forward Alexis Sanchez finally broke the deadlock in the 78th minute, heading the ball past goalkeeper Fraser Forster (Above) from Alex Oxlade-Chamberlain’s cross.

However, after his midweek heroics at Anfield, Saints star Shane Long struck again in injury-time, netting a dramatic 93rd minute equaliser as Nathan Redmond led a counter attack in the dying embers of the match.

They’ll do it all again at the Emirates Stadium! 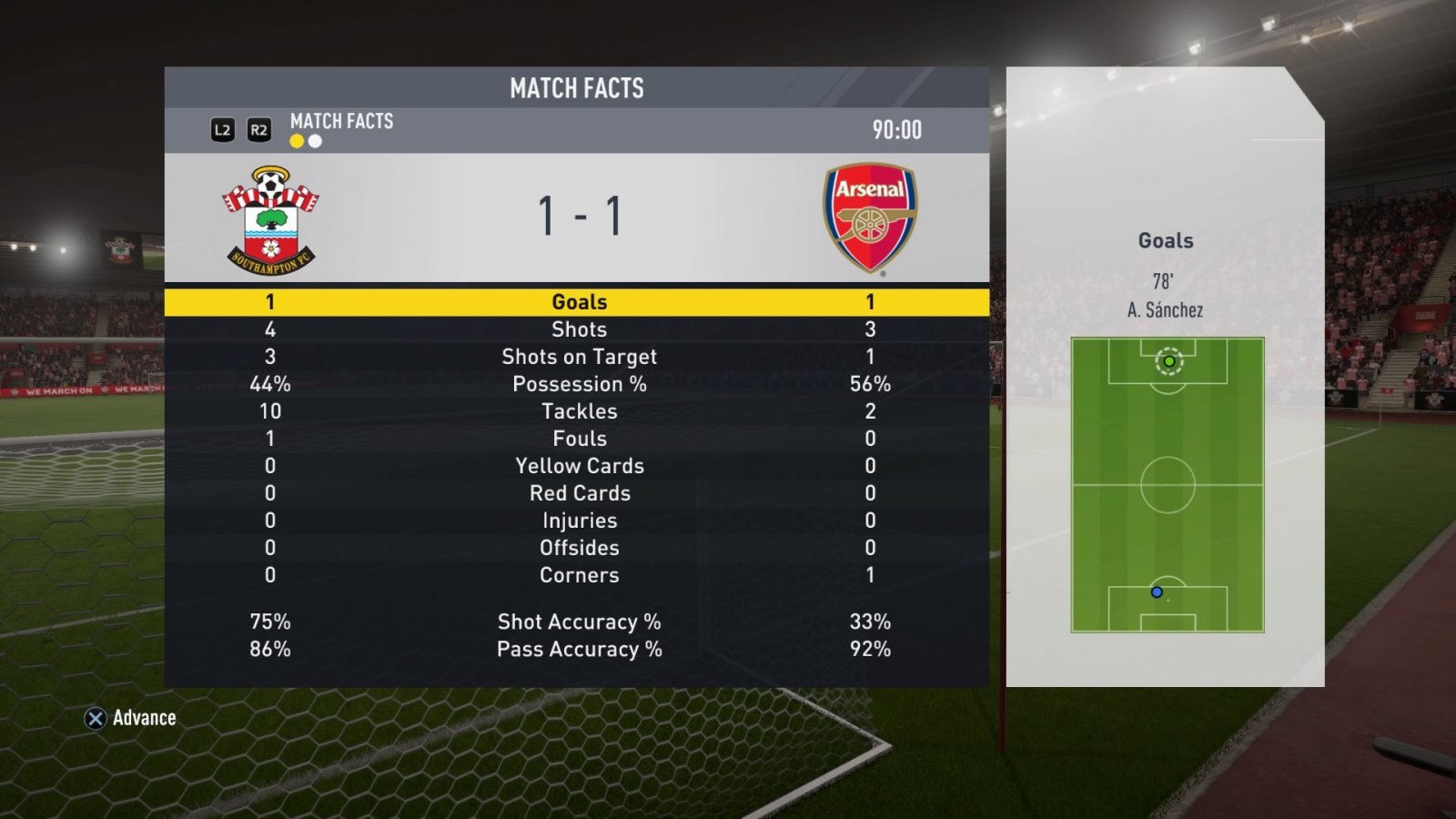