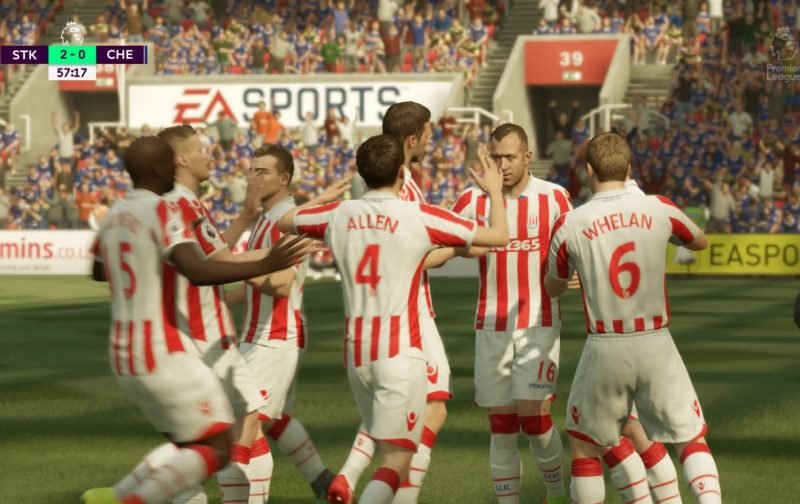 Ahead of Saturday’s Premier League clash between Stoke City and Chelsea at the bet365 Stadium (15:00), Shoot! took to FIFA 17 to try and predict the scoreline.

The Potters, who held Manchester City to a goalless draw last time out, are set to welcome back Marko Arnautovic following illness.

Meanwhile for The Blues, who have more or less a fully fit squad to choose from, despite Victor Moses being substituted versus Manchester United in the FA Cup on Monday night, are ten points clear at the top of the Premier League standings heading into the weekend. 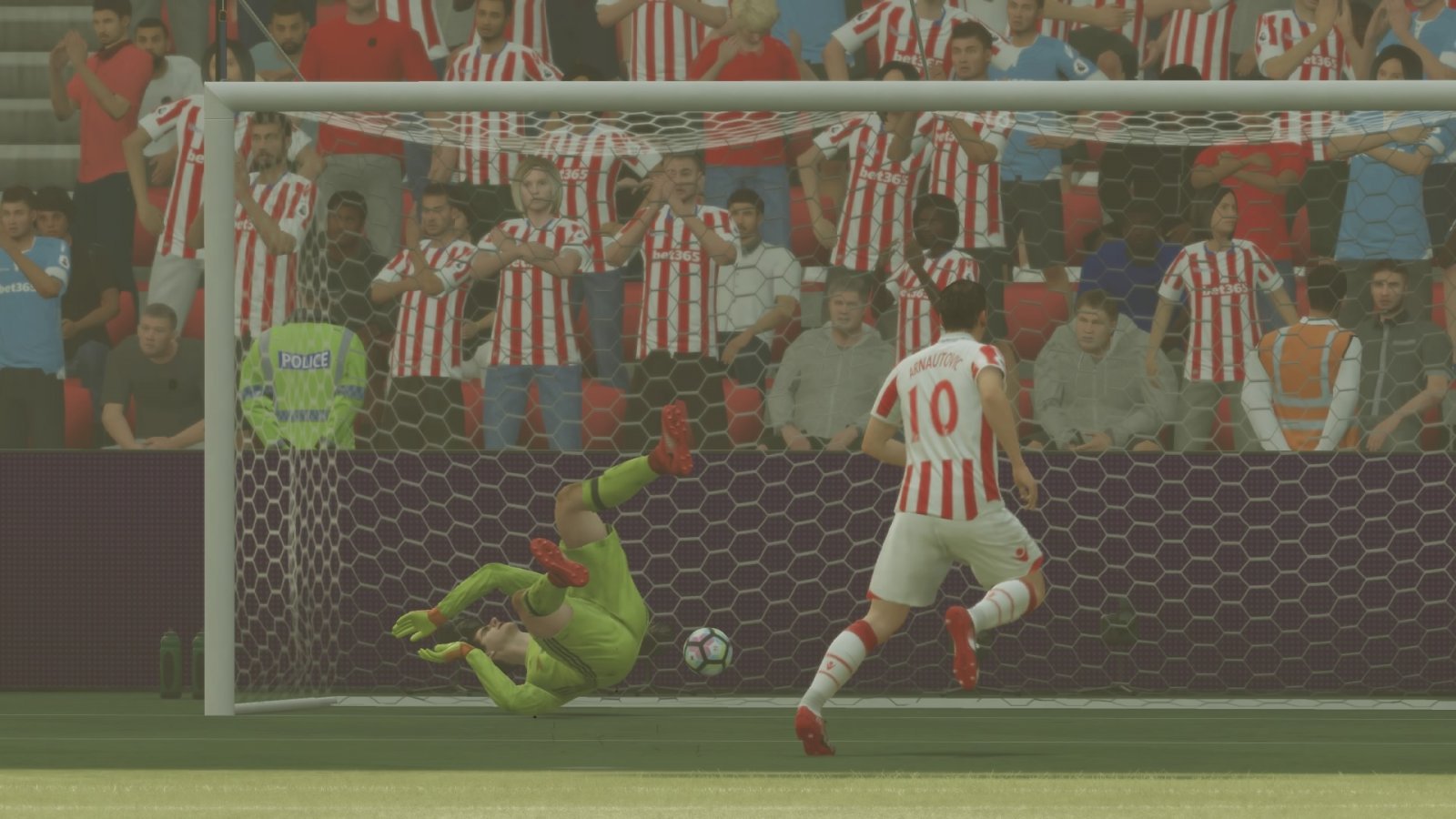 But it was Mark Hughes’ Stoke who pulled off a remarkable result to stun the league leaders, dismantling Antonio Conte’s visitors 3-0 on Saturday – on FIFA 17 anyway!

Xherdan Shaqiri opened the scoring for The Potters inside 12 minutes, having two bites of the cherry to beat goalkeeper Thibaut Courtois from close-range.

Shortly before the hour-mark, fellow midfielder Charlie Adam doubled Stoke’s lead with a thunderous effort from 25 yards out, which sailed past a helpless Courtois into the top corner.

Then, with 78 minutes on the clock, Arnautovic wrapped up all three points with the home side’s third goal of the game from the penalty spot.

After defender Marcos Alonso fouled Joe Allen in Chelsea’s 18-yard area, the Austrian stepped up and slid the ball under the ‘keeper (Above) to seal a resounding victory, which may have given hope to the likes of Tottenham and Manchester City in the 2016-17 Premier League title race. 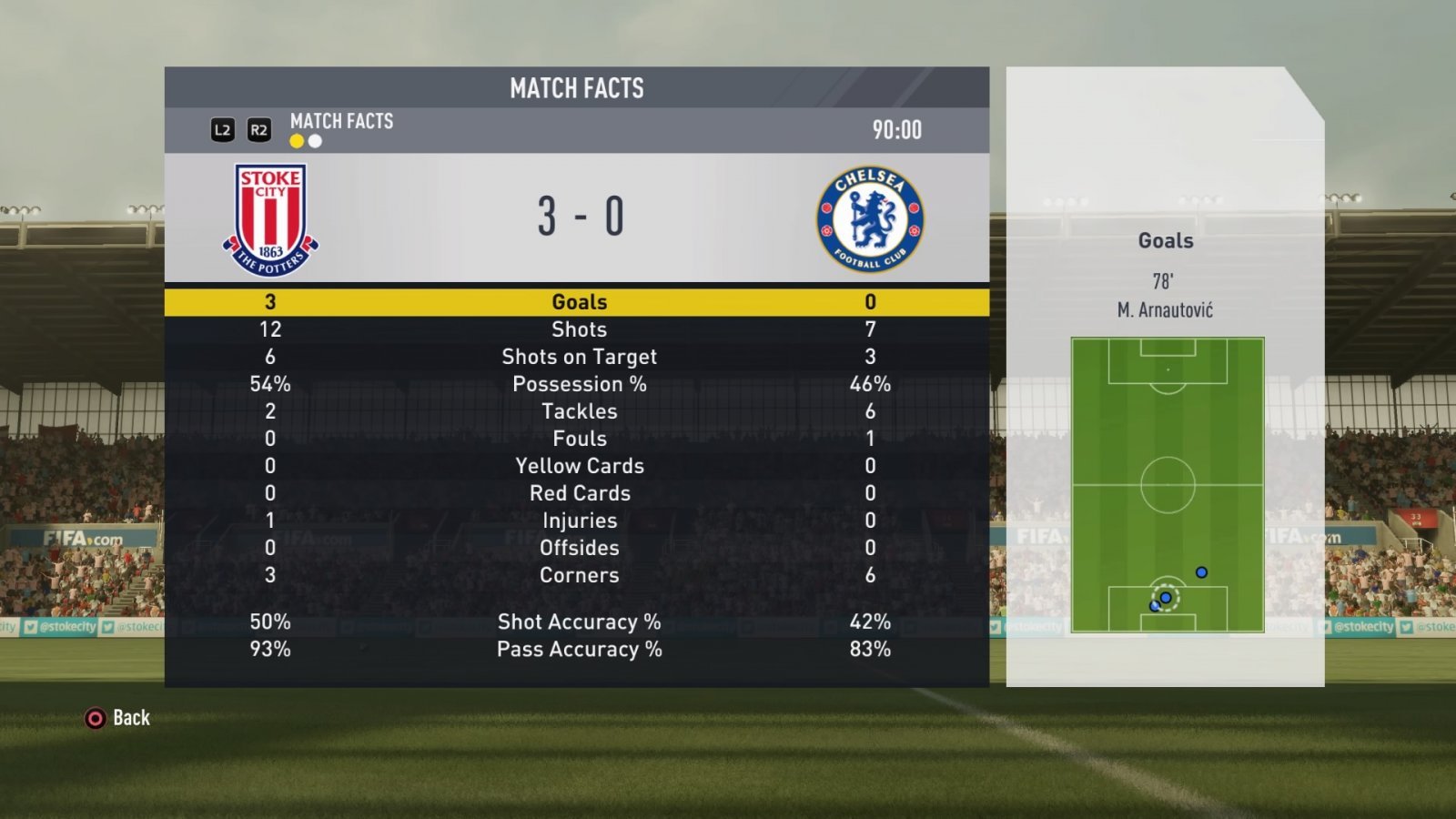