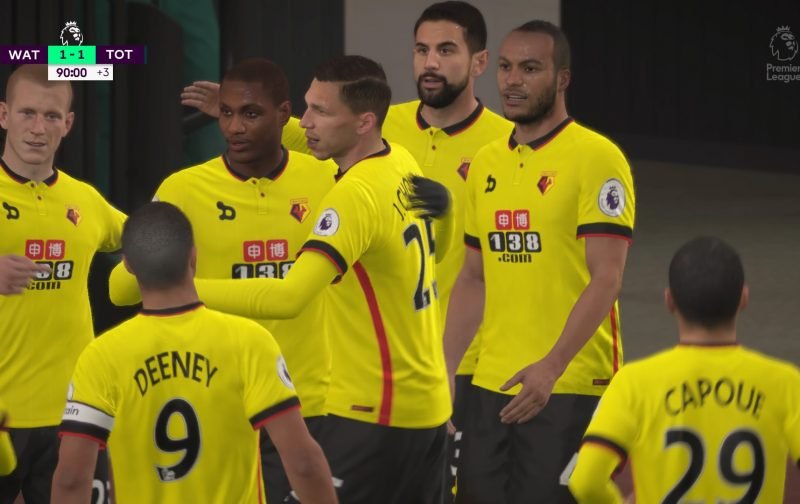 Ahead of Sunday’s Premier League clash between Watford and Tottenham Hotspur at Vicarage Road (13:30), Shoot! took to FIFA 17 to try and predict each club’s first result of the New Year.

The Hornets, who head into the new calendar year having earned 22 points from their opening 18 league games, are looking for their first league win since December 10, 2016 (v Everton).

Meanwhile Spurs, who have won their last three Premier League outings in a row following victories over Hull City, Burnley and Southampton respectively, will be eager to make it four on the bounce as they hunt down the top-flight’s top four. 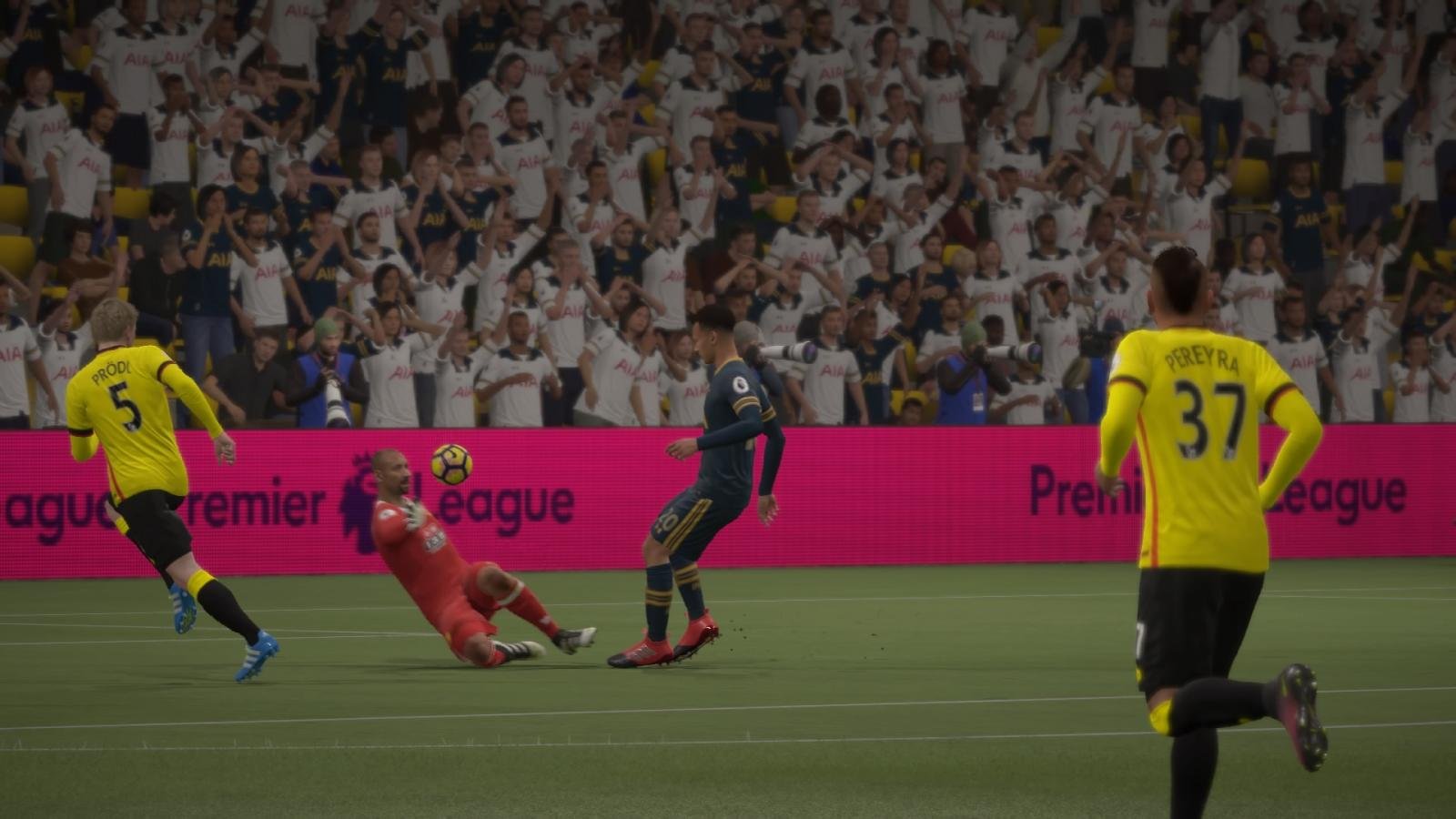 But it was Walter Mazzarri’s hosts who frustrated Mauricio Pochettino’s visitors as Watford snatched a share of the spoils (1-1) in the dying embers of the game – on FIFA 17 anyway!

The in-form Dele Alli netted his fourth goal in three Premier League games to fire Spurs in front on the stroke of half-time, neatly chipping former Tottenham goalkeeper Heurelho Gomes during a swift counter-attack at the end of the first period.

Gomes made some crucial saves throughout the 90 minutes, which proved decisive come the final whistle, as forward Odion Ighalo scored just his second league goal of the season in the third minute of stoppage time to send the home crowd in raptures. 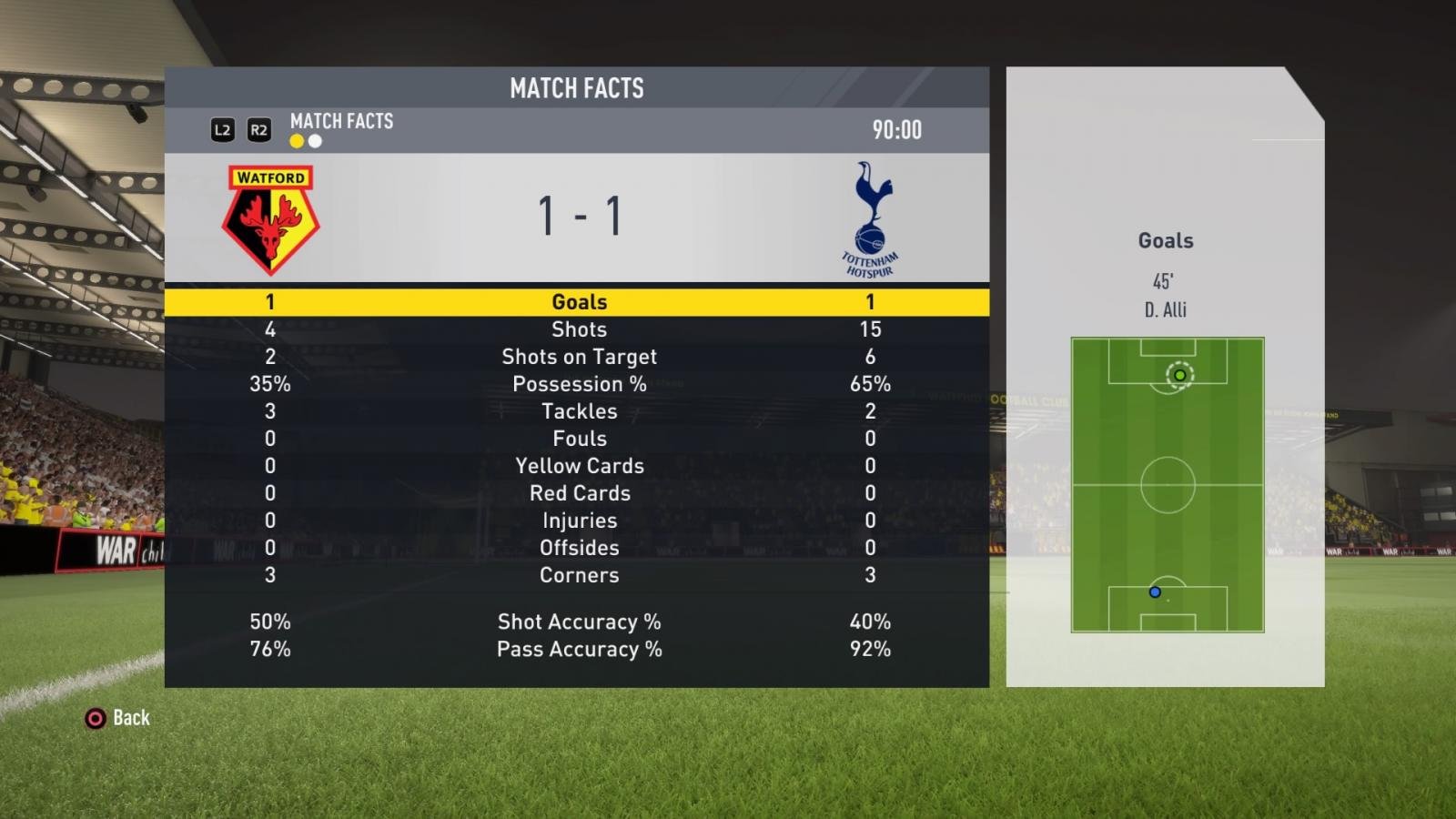