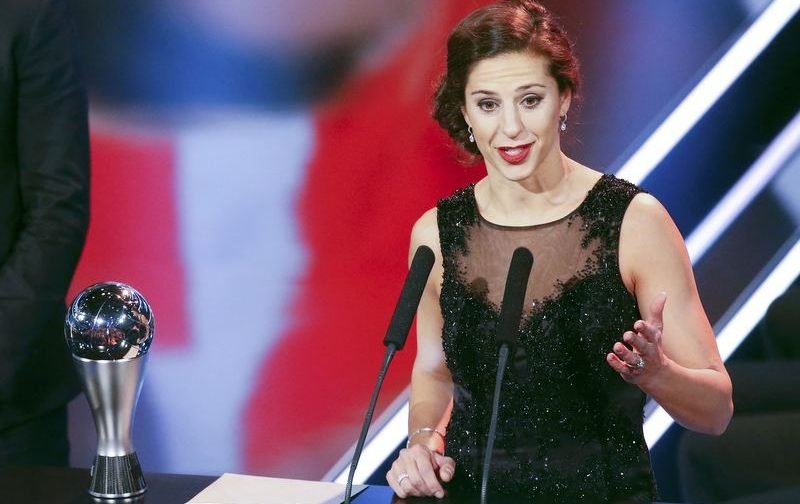 After days of rumours, FIFA World Player of the Year Carli Lloyd has finally confirmed that she will be joining Women’s Super League 1 champions Manchester City for the 2017 Spring Series.

The USA captain has signed a short-term deal, moving to England from Houston Dash in the National Women’s Soccer League, and will be available for selection for City’s forthcoming Women’s Champions League quarter-final against Fortuna Hjorring.

It is the first time that Lloyd will play domestic football outside of her homeland.

The 34-year-old scored a hat-trick in the 2015 Women’s World Cup final, and has over 200 international caps.

“It’s a unique opportunity for me to go abroad, play over here and be faced with a new and different challenge,” she told the club’s TV channel.

“The facilities are fascinating and it’s an unbelievable football club to be a part of. I can’t wait to get started.”

It’s official now!!! So excited to have signed with @ManCityWomen and can’t wait to get started with the team and my new challenge ahead. pic.twitter.com/tgFeGQlDe9

City coach Nick Cushing told the club’s official website, “Carli has had an incredible career and is recognised as one of the best in the world.

“There is much we can learn from her that will help us to improve as a team. We are all looking forward to working with her over the coming months.”