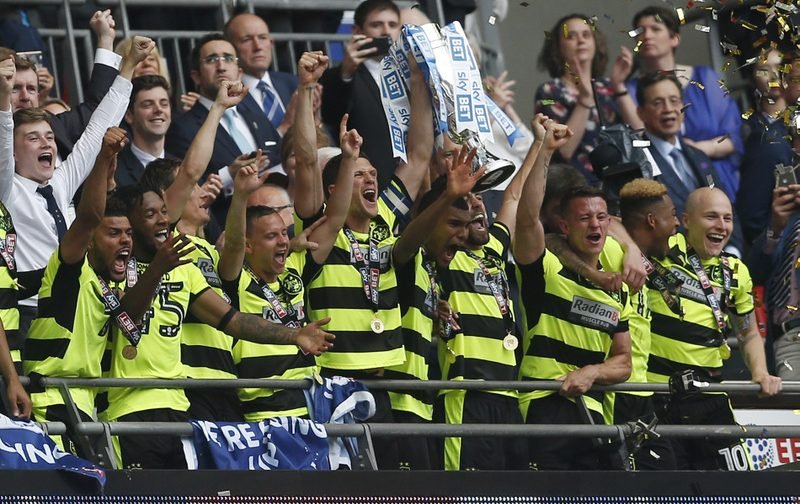 Huddersfield Town claimed victory in the 2017 Championship play-off final after defeating Reading 4-3 on penalties (0-0 AET) to gain promotion to the Premier League for the very first time in their history.

The Terriers, who finished fifth in the 2016-17 league standings, four points adrift of The Royals, will return to the top-flight of English football for the first time since 1972 after Christopher Schindler tucked away Huddersfield’s fifth and final spot-kick.

After a dull and drab 120 minutes of football inside Wembley Stadium, where neither side could carve out any clear cut or decisive goalscoring chances, the prize of Premier League football next term was determined on penalties for the first time since 2002.

David Wagner’s side become the first team in Football League history to win promotion having conceded more goals than they’ve scored in the league campaign – shipping 58 strikes in 46 games.

In his first full season at the John Smith’s Stadium, the German boss has overachieved by a remarkable scale after seeing his Terriers finish 15th in the Championship last campaign.

So, after winning what is deemed the ‘richest game in football’, worth at least £170m, here is FIVE things Shoot! learned from Huddersfield’s historic triumph…