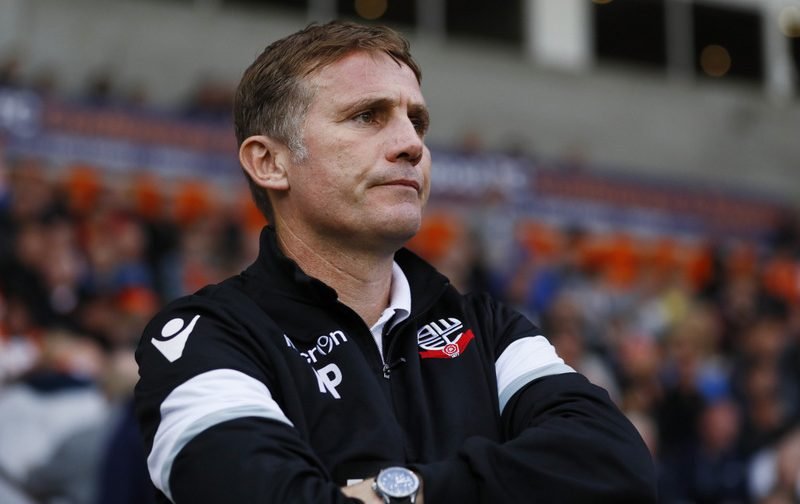 Mark Beevers’ bundled effort kept Bolton Wanderers in touch with the League One automatic promotion places following a scrappy 1-0 win over Rochdale at the Macron Stadium on Tuesday night.

Beevers reacted first during a goal-line scramble to stab the ball over the line after 83 minutes, which settled a drab all Greater Manchester encounter.

Chances were at a premium throughout in the first-half, though Gary Madine, Adam Le Fondre and Liam Trotter all went close for Phil Parkinson’s outfit towards the conclusion of an uneventful opening period.

After the interval, the contest opened up, with both sides going in search of the elusive goal to claim maximum points.

However, with seven minutes remaining, Wanderers found a way through the resilient Rochdale defence after Madine’s looping header from Jay Spearing’s corner crashed off the bar to cause carnage on Dale’s goal-line, with the ball falling to Beevers, who made the decisive touch.

Bolton remain in third position, while Keith Hill’s play-off chasers drop down to ninth in the third-tier.

So, what have we learned from Bolton’s win over Rochdale at the Macron Stadium? Shoot! reveals all…