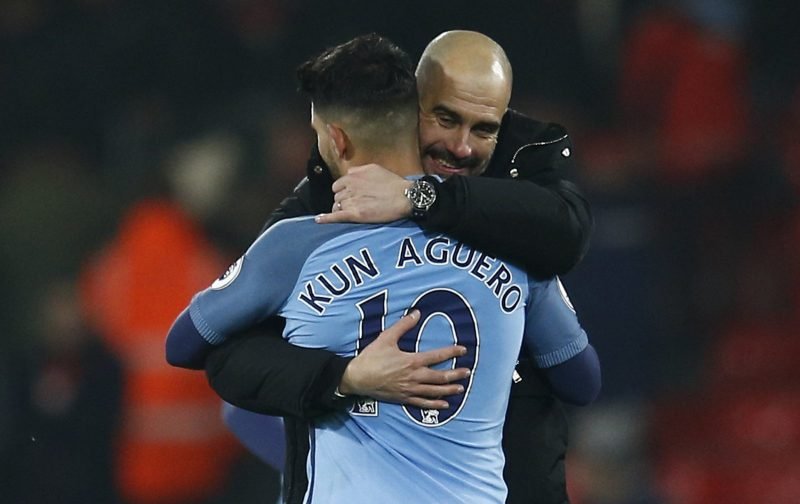 Manchester City are up to second in the Premier League after a convincing 2-0 win over struggling Bournemouth on Monday night.

It may not have been as comfortable as the Sky Blues had hoped, with Eddie Howe’s men giving it a good go, however, by the end they were playing at a canter.

For all the attacking talent in Manchester City’s ranks, it was perhaps strange that a tap in from Raheem Sterling and a Tyrone Mings own goal were what ensured that the three points would be heading back to The Etihad.

The clash got off to a slow start, with the Bournemouth defence looking comfortable in the early exchanges, the only talking point came when both managers were dealt early blows, with wonder-boy Gabriel Jesus and Cherries captain Simon Francis both coming off injured after 14 and 21 minutes, respectively.

It was the hosts who mustered the first chance of the game. After a spell of Manchester City-esque play, summer signing Jordon Ibe worked a clever one-two with Jack Wilshere on the edge of the City area, however, Willy Caballero was on hand to block well.

The travelling fans thought they had bagged the opener when Leroy Sane found Raheem Sterling in space on the penalty spot, however a combination of Steve Cook, Artur Boruc and the post kept Guardiola’s side out.

Minutes later, however, and they had the lead. Sane found space out wide and his cross found Sterling at the far post via the boot of Cook and it was an easy tap in for the England international. 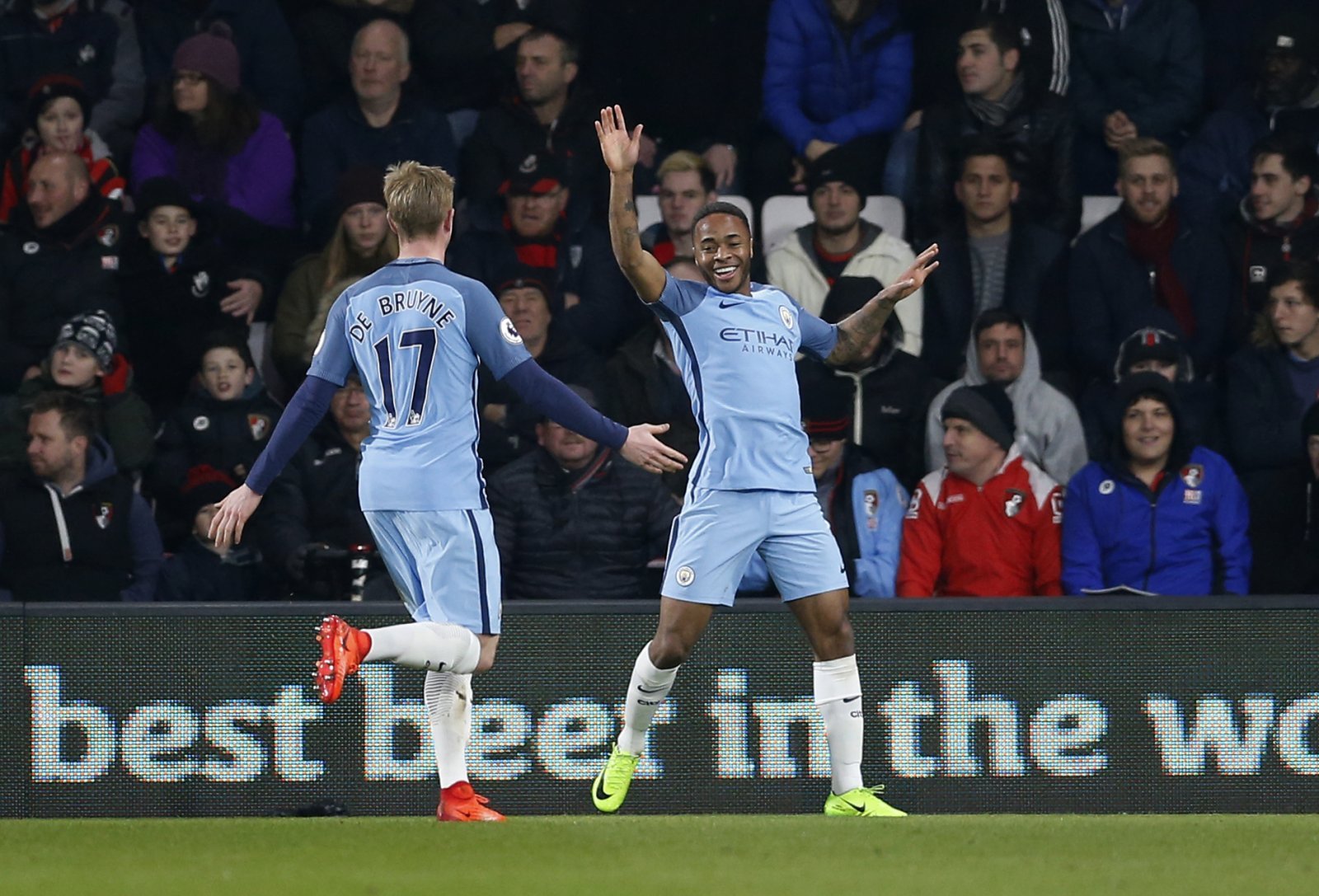 Seconds after the restart and Bournemouth thought they were level when Ibe found Josh King clean through on goal, who slotted home smartly. However, the move was called back after referee Neil Swarbrick gave a foul against the goalscorer for pulling the shirt of John Stones in the build-up.

There was a sorry sight for Eddie Howe and Cherries fans when, in injury time in the first half, he was forced to hook on-loan star man Jack Wilshere, who had jarred his knee in an challenge earlier in the half. 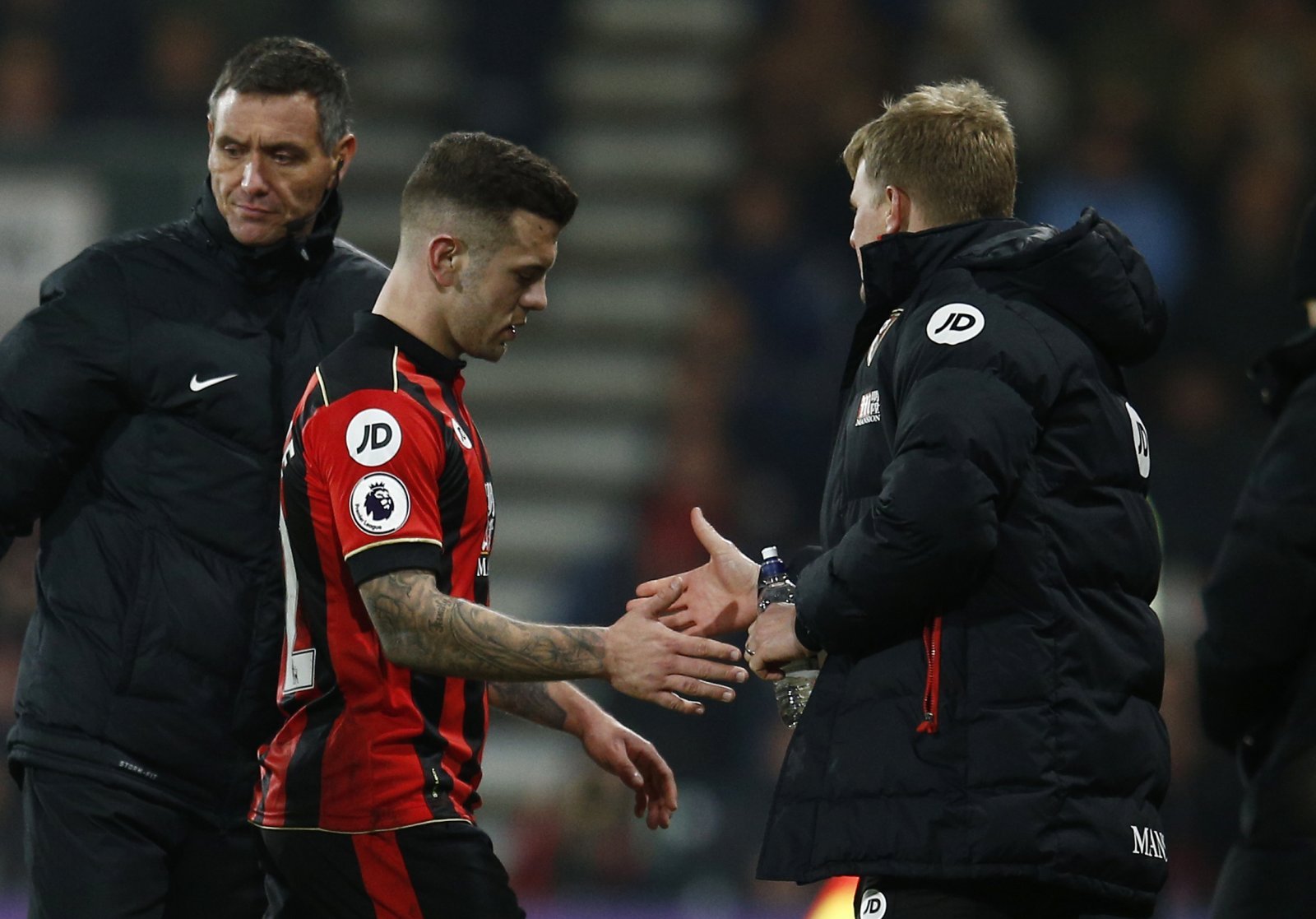 Into the second half and it was another slow start with the first chance falling to Bournemouth on 67 minutes when some brilliant build up from Ryan Fraser and Benik Afobe led to Harry Arter bending a shot towards goal, only to be denied by a fine save from the diving Caballero.

Minutes later and Guardiola’s side had doubled their lead after Sterling turned provider with his cross finding Sergio Aguero, whose tap in found the back of the net from the boot of Mings, who was credited with an own goal.

After going two down Bournemouth looked to have accepted their fate, creating little going forward and allowing their opposition to knock the ball around with ease in front of them.

Come full time and Pep embraced his technical staff in celebration before making a beeline for Bournemouth’s expectant father, Harry Arter, to offer some kind words regarding the awful experience the midfielder has had regarding the loss of his daughter back in 2015, a touch of class from the man who is now Antonio Conte’s closest challenger.

City are now eight points off Chelsea in the Premier League, but what else did we learn from their win? Take a look…