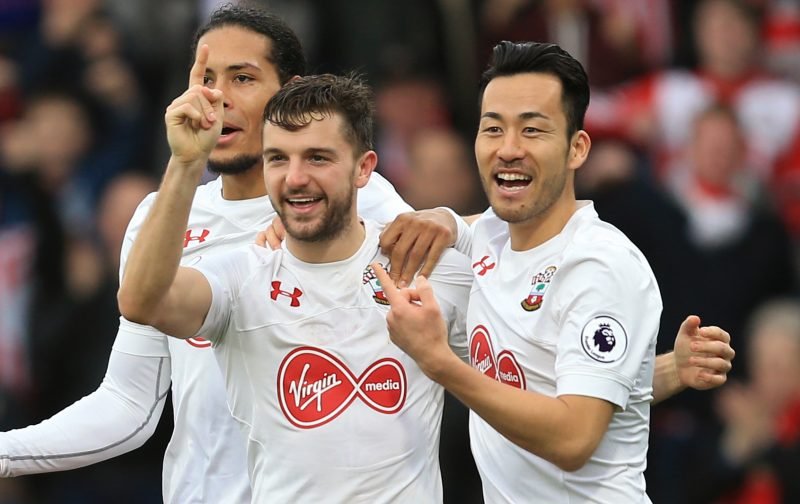 Southampton made the short trip across the New Forest to face Bournemouth in desperate need of a goal and three points.

Claude Puel’s side have been struggling in front of goal in recent weeks, with the absence of Charlie Austin not helping.

However, the Frenchman’s players finally came good with Ryan Bertrand and Jay Rodriguez ensuring they took all three points home with them.

The first half got off to a lively start and the Cherries took an early lead when Nathan Ake got in front of Pierre Emile Hojbjerg to head home Jack Wilshere’s cross on six minutes.

Josh King was handed a golden chance to double the host’s lead with 11 minutes on the clock after a mistake from Boufal let the Norwegian clean through, however he couldn’t take advantage.

As the first half bore on, the visitors began to grow and, before long, they were level as Ryan Bertrand broke into the box and executed smart finish into the far right corner, take note Southampton strikers.

The Saints looked comfortable going into the break but were lacking that final ball on most occasions.

Into the second half and the introduction of Steven Davis at the break seemed to light a fire in the Saints midfield. Three minutes into the second period and the Northern Ireland international made an impact, combining well with Sofiane Boufal before squaring for Jay Rodriguez, who couldn’t miss.

Taking the lead gave Puel’s side a new found confidence as they dominated for large spells whilst the Cherries failed to make any real impact at the other end.

With five minutes to go in the second half, Rodriguez was on hand again as he spun on the edge of the area and struck a spectacular volley into the top corner, sealing the win for Claude Puel’s side.

The victory sees Southampton climb to seventh in the Premier League, but what else can we take from it? Here’s FIVE things we learned from Bournemouth v Southampton…