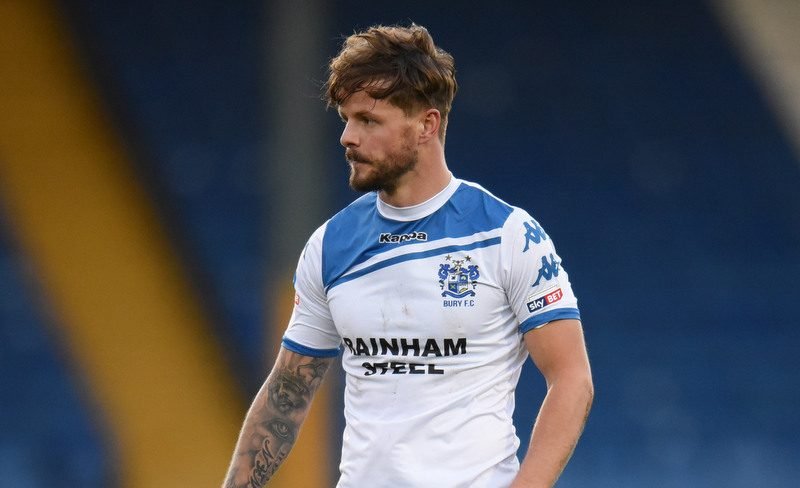 Bury boosted their chances of League One survival on Saturday afternoon with a dramatic 2-1 win away at relegation rivals Chesterfield.

The hosts took the lead in the first-half as Kristian Dennis grabbed his fifth league goal of the season, following a great pass from Sylvain Ebanks-Blake.

The Spireites were reduced to ten men in the second-half when Tom Anderson was sent off for a foul in the area on 38-year old striker Ryan Lowe.

Shortly after the penalty save, Bury got their equaliser courtesy of a wonder strike from midfielder Andrew Tutte, a strike that not many ‘keepers would have stopped.

Despite a good debut from German shot stopper Stuckmann, he was at fault for Bury’s injury time winner, after his poor touch from a back-pass was quickly intercepted by substitute George Miller, who went onto tuck the ball home into an empty net.

Shoot! looks at five things we learned from the League One ‘relegation six pointer’ at the Proact Stadium…