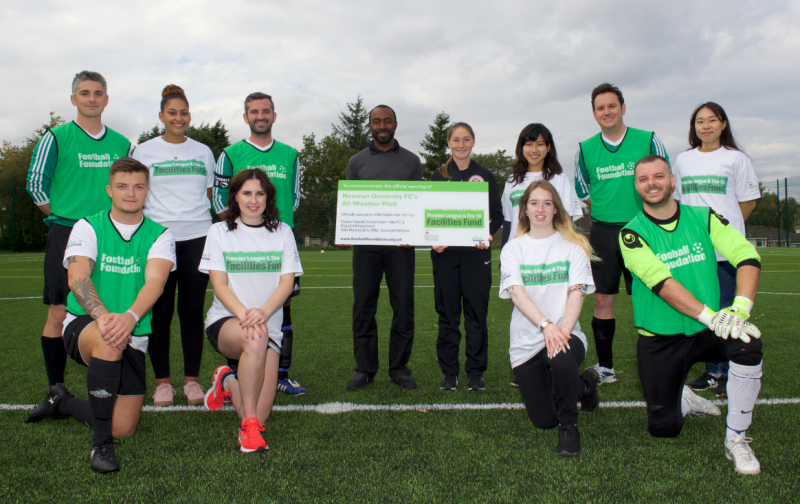 With 52 Premier League goals to his name during a prolific career, Darius Vassell was a striker who knew exactly where the goal was.

The boyhood Aston Villa fan made his way through the club’s youth ranks before spending seven years in the first-team, netting 40 goals in all competitions.

Recently, he returned to the Midlands to unveil a state-of-the-art all-weather pitch at Newman University.

The new surface was funded by a £315,986 grant from the Premier League & The FA Facilities Fund, and Darius was excited about what it would mean for the local football community.

He said, “Before turning professional, I came through the grassroots and non-league game, so I know how important quality facilities are at this level. 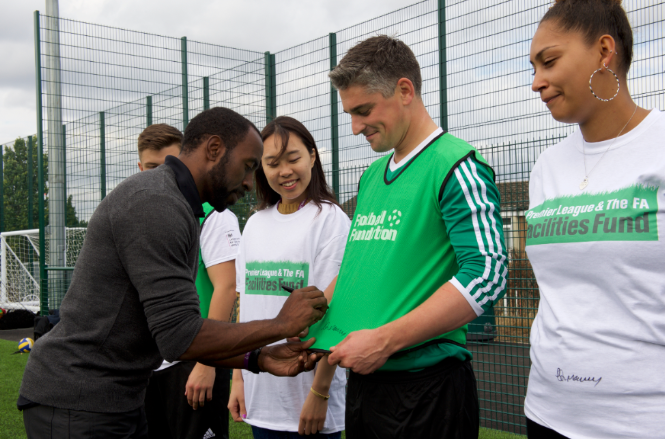 “I now do a lot of coaching and all-weather pitches are great because they allow play to take place all-year round.”

Darius, who was capped 22 times by England, scoring six goals in the process, was joined on the day by Newman University graduate Sian Massey-Ellis MBE.

Sian was returning to officiate the first match on the new surface – a keenly contested affair between university staff and students.

At the final whistle, she added, “It was great to return to Newman University, for the official opening of the new all-weather pitch.

“I hope the new pitch will inspire more people to get active, and maybe even discover a new love of refereeing!”

However, it is not only the University who are set to benefit from the new football hub. It is expected that overall sports participation will rise by 57% at the new site, with Under-14 football participation more than doubling. 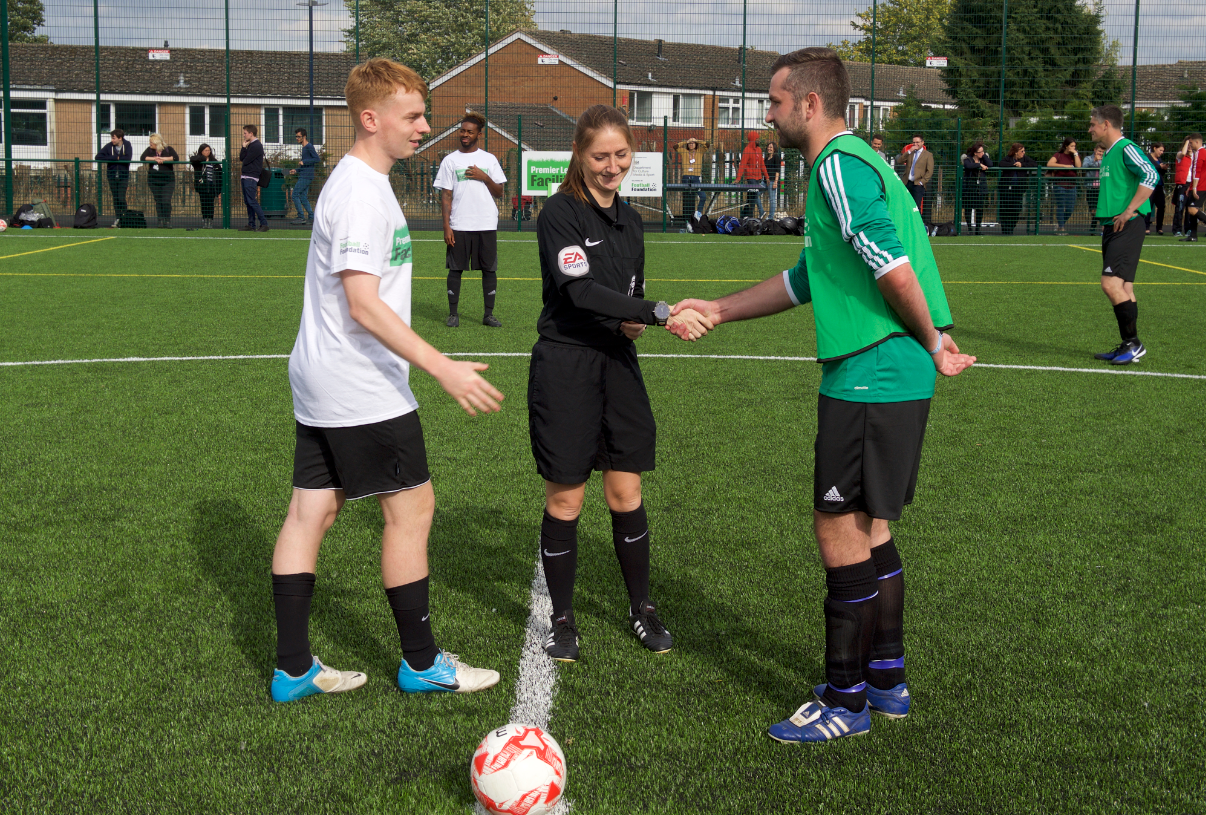 “I’ve already seen so many people from different walks of life using the pitch and that’s fantastic,” Vassell added.

“This facility is encouraging people to get off their sofas and get involved with sport.

“This keeps people fit and healthy as well as gets them socialising and making new friends.”