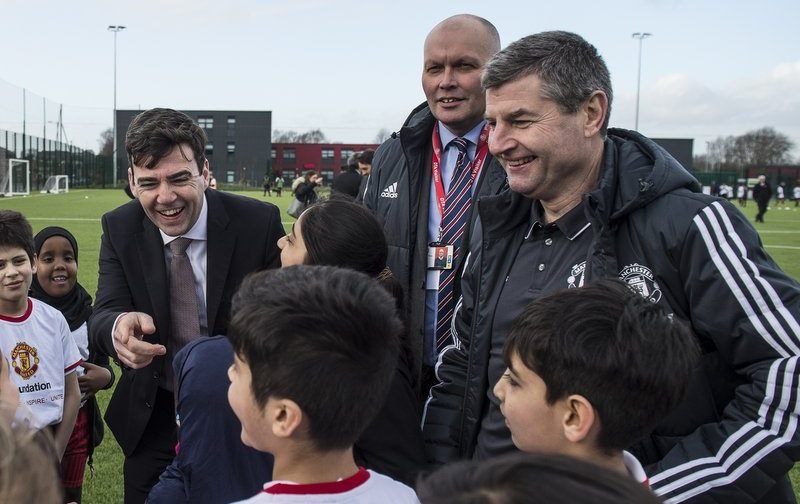 Manchester United’s Denis Irwin – famous for his part in the club’s 1999 treble-winning team – gave his seal of approval to a new sports pavilion for Dean Trust Ardwick recently.

The facility, which was funded by a grant of £676,098 from the Premier League & The FA Facilities Fund, was officially unveiled by Andy Burnham, Mayor of Greater Manchester.

Irwin, the legendary former defender, who also represented the Republic of Ireland internationally, was quick to get involved on the day.

He and Andy Burnham wasted no time showing off their skills to pupils during a penalty shoot-out on the school’s all-weather pitch. But it wasn’t all fun and games – Irwin had some real advice for aspiring players.

“The facilities we’ve got here are unbelievable in Ardwick, so you’ve got no excuse to train, practice,” he said.

“Whatever you want, all you need is a football and go out there and practice skills yourself.” 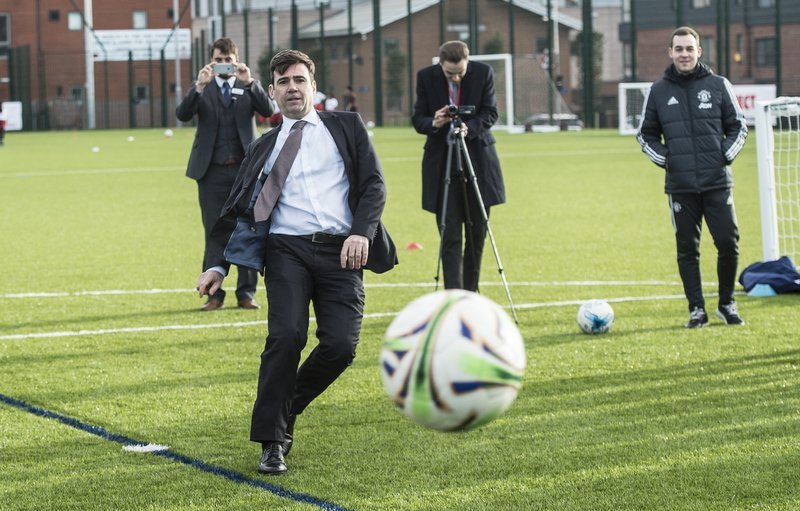 Mayor of Greater Manchester Andy Burnham was similarly impressed with the facilities.

He added, “Grassroots sport is so important to our area, and can have a particularly positive impact on young people.

“The school’s new sports pavilion, and their other excellent facilities, will be of real benefit to its students and all other users.”

Dean Trust Ardwick’s lucky pupils will not only have access to the stunning new facilities, but also to sessions delivered by the Manchester United Foundation, which has a permanent presence at the school. 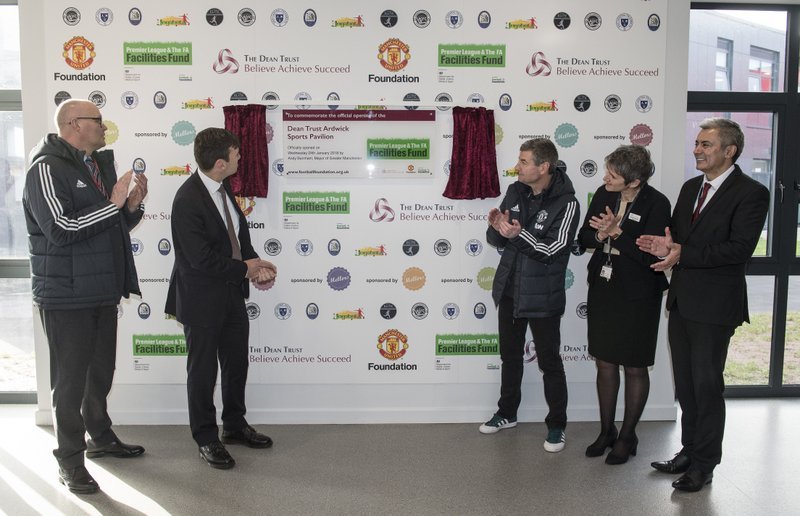 “It’s great to see yet another example of how the Manchester United Foundation are helping to create better opportunities for the local area, through supporting grassroots football,” explained a delighted Irwin.

The new facility was funded by the Premier League & The FA Facilities Fund, which is delivered by the Football Foundation.

The Fund’s grassroots investment comes from the Premier League, The FA and the Government via Sport England.