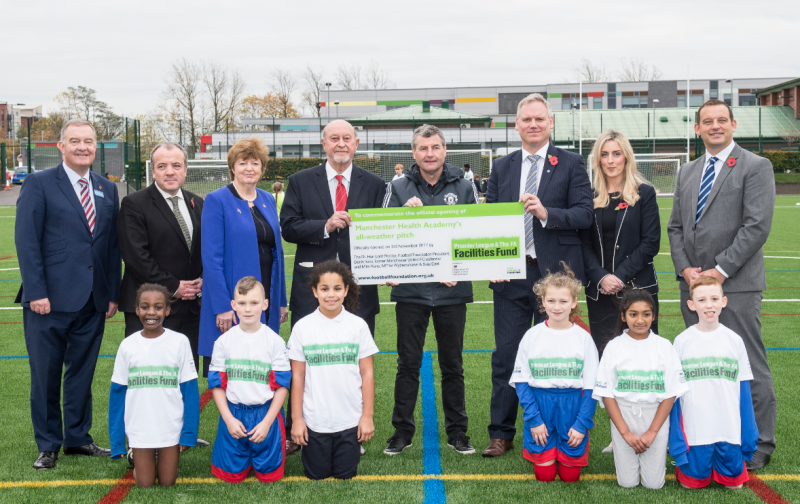 With 20 club trophies to his name, including seven Premier League titles, three FA Cups and a UEFA Champions League, Denis Irwin is a Manchester United legend.

He was recently back in Manchester to support the local grassroots game, opening a new all-weather pitch at Manchester Health Academy in Wythenshawe.

He was joined on the day by the Football Foundation’s President, Rt Hon. Lord Pendry, and MP for Wythenshawe, Mike Kane.

Wythenshawe has produced plenty of talented players, and is the birthplace of Manchester United and England starlet Marcus Rashford. 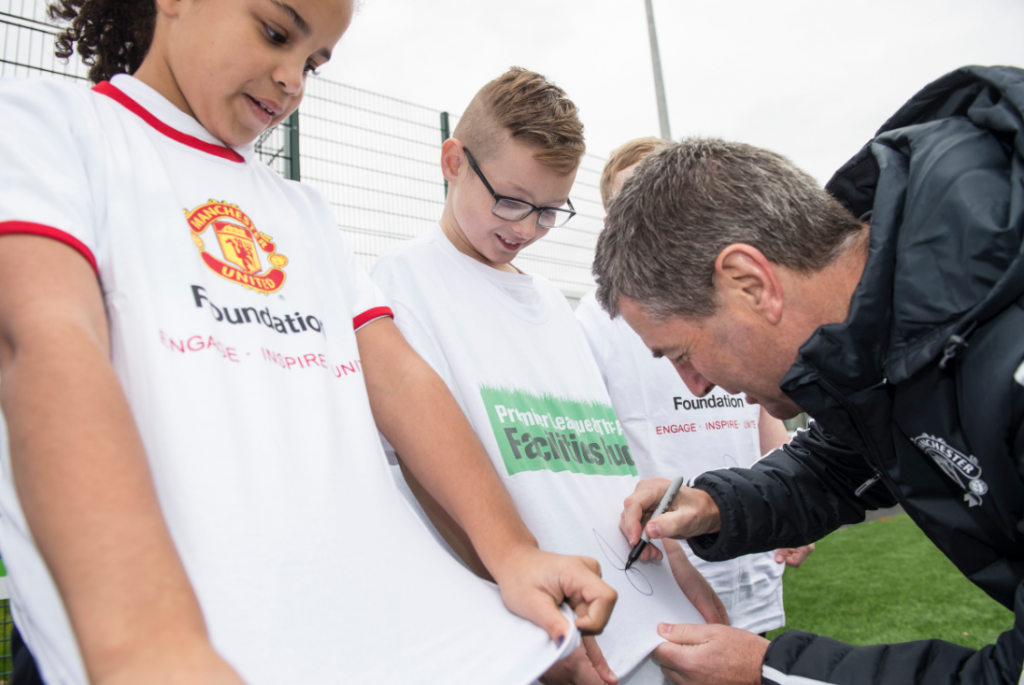 Irwin was excited by what the new pitch, which was funded by a £386,583 grant from the Premier League & The FA Facilities Fund, would mean for the next generation of young players.

“It’s a pleasure to see so many youngsters out enjoying their football,” said Irwin.

“It’s a wonderful facility and will no doubt become a magnet for people to visit and enjoy playing sport at.”

The new pitch will transform football in Wythenshawe, with 60 new grassroots teams being created in the area. As a result, over 1,000 local people per week will lace up their boots to play on the surface.

The Irishman, who Sir Alex Ferguson once described as one of his best-ever signings, was delighted by the such news. 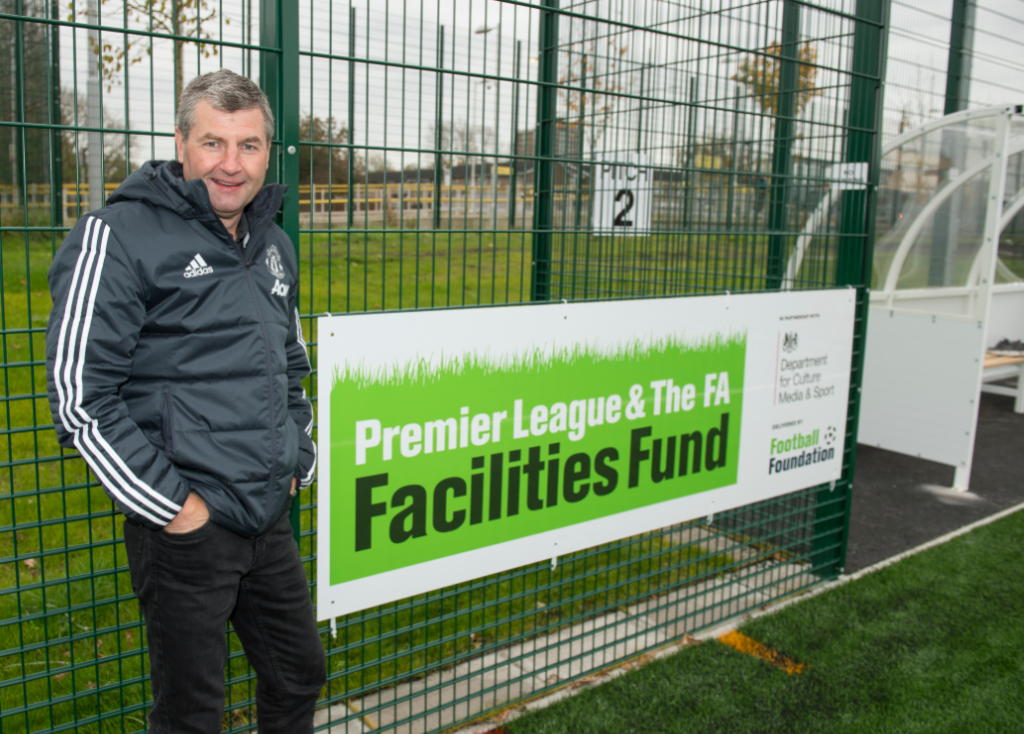 He added, “It’s not necessarily about turning pro, it’s about making sure people stay fit and healthy, make new friends and start out on the right path in life.”