Football Mysteries: What is Wenger to do with Sanogo? 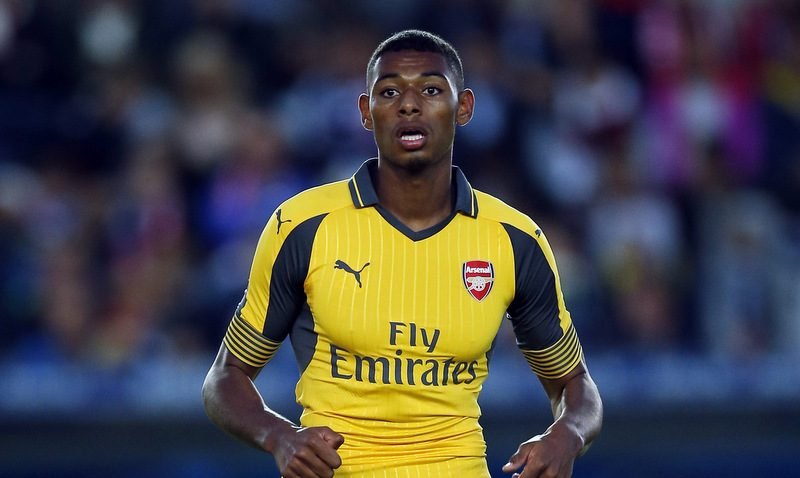 Arsenal’s forgotten man, Yaya Sanogo: One goal in 20 appearances since arriving back in July 2013, yet he hasn’t made a competitive appearances for The Gunners since December 2014.

So, just what is manager Arsene Wenger to do with the former France Under-21 international? We ponder this question because the striker celebrates his 24th birthday today! Many happy returns.

However, let’s delve into the real issue here…

The forward arrived at Emirates Stadium almost three-and-a-half years ago, joining the Premier League side from Ligue 2 Auxerre on a free transfer following the expiration of his contract.

Sanogo netted 11 goals in 24 appearances for the French side. So, then as a 20-year-old, Wenger seemingly lured a future talent to North London.

How wrong he was.

The Frenchman didn’t make his first-team start for Arsenal until February 2014, though he earned high praise from boss Wenger after helping his team-mates defeat Liverpool 2-1 in the fifth round of the FA Cup, assisting Alex Oxlade-Chamberlain’s opener.

Come May, Sanogo came on for Lukas Podolski in the 2014 FA Cup Final against Hull City to pick up a winner’s medal at Wembley Stadium. In August, he started The Gunners’ 3-0 FA Community Shield victory over Manchester City back at the national stadium, collecting his second and final piece of silverware, to date.

Among these minuscule highlights of the forward’s Arsenal career so far, is also his only competitive goal to date.

It took until November 2014 for Sanogo to finally get his name on the scoresheet for Arsenal, netting the opener in a 2-0 Champions League win over Borussia Dortmund.

That is as good as it got for the ‘highly-rated’ Sanogo.

Since then, he has been loaned out to Crystal Palace (January 2015), where he scored once. He joined Ajax (July 2015) on loan, only to play six games, whilst failing to find the back of the net. He dipped into the Championship, agreeing another loan move to Charlton Athletic (February 2016), where he scored a hat-trick – though it was in vein during The Addicks’ 4-3 defeat to the hands of Reading. Typical. 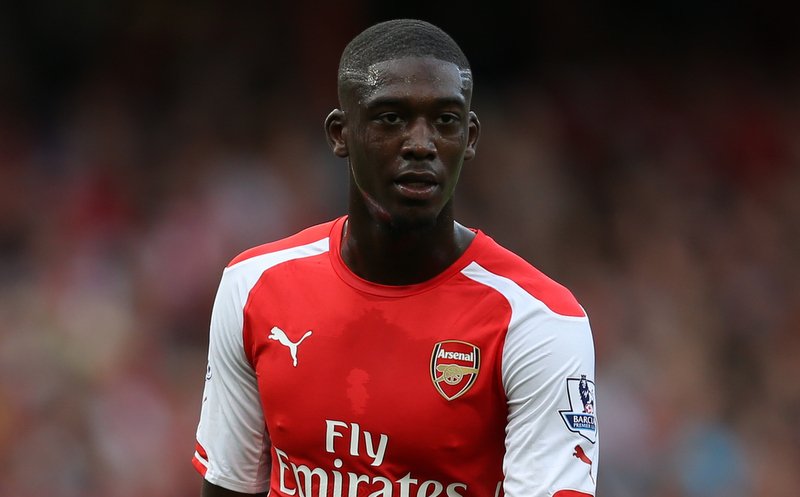 Sanogo now hasn’t kicked a ball since last April, and hasn’t featured for Arsenal since December 2014. Has he become deadwood? Most certainly.

The 24-year-old has failed to play, or even been named in a matchday squad, under Wenger so far this season. So, it is quite a surprise the French flop hasn’t been offloaded already – on loan again, if not permanently.

It is not the fact that Sanogo deserves game time at The Gunners, not at all. But it is Wenger’s persistence to seemingly believe that the striker can come good, despite most Arsenal fans recognising that the club’s gamble on the former Auxerre ace backfired a long, long time ago.

He is also a long, long way off fulfilling the potential that Wenger saw in him back in 2013.

That is not to say Sanogo could prove us, you and everyone wrong by firing Arsenal to the Premier League title this season; should the likes of Alexis Sanchez, Olivier Giroud, Lucas Perez, Danny Welbeck, Theo Walcott, Alex Oxlade-Chamberlain and Chuba Akpom ALL suffer long-term injuries after the close of the January transfer window. Fat chance of that happening!

It is fair to say the Frenchman is not a prolific, nor partially reliable, goalscorer. However, the striker’s frame, size and strength should give Arsenal a different dimension up front, one similar to Giroud’s impact – except he actually finds the back of the net.

One positive we can agree on is the fact that Wenger snapped up Sanogo on a free transfer. A low-risk gamble, but one that has clearly failed, yet still lingering around the Emirates.

The forward is finding it increasingly difficult to make his presence felt at Arsenal, with Wenger even reportedly rejecting a Deadline Day loan offer from Leeds United last summer.

The manager has defended his lack of transfer business this month with the inclusion of Sanogo’s name, listing him as a reason for not needing to follow up reported interest in the likes of Real Madrid star Alvaro Morata. What a comparison.

Sanogo has long overstayed his welcome with The Gunners, where he has worked himself into a very tricky situation, one where Wenger won’t play him, nor does a club seemingly want to sign him.

It is ultimately time for Arsenal to cut their losses on the Frenchman.

Perhaps the best bet of Sanogo leaving Arsenal imminently would be for the club to forget to buy him a birthday cake… It nearly worked for another certain Yaya at Manchester City!