Football Mysteries: Why did Ryo Miyaichi fail to make the grade at Arsenal? 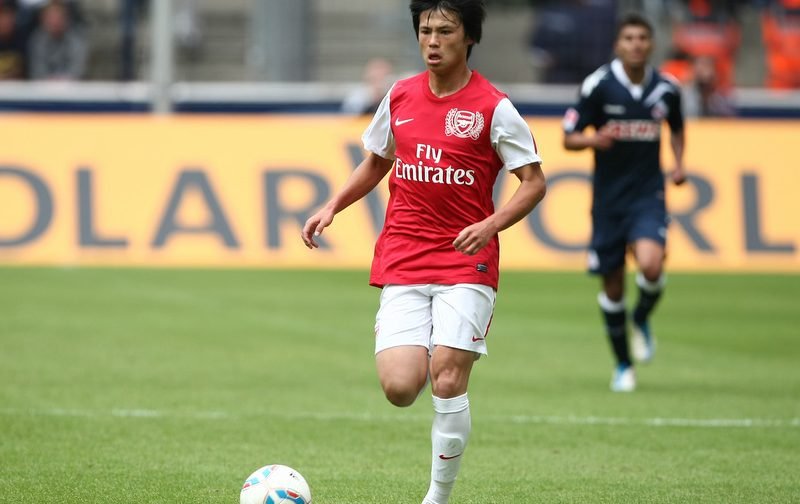 Shoot! would like to wish Ryo Miyaichi many happy returns as the Japan international celebrates his 24th birthday today!

Huh? What do you mean you’ve never heard of Miyaichi?

Many Arsenal fans will remember the name, as he was tipped to become a world-class winger after joining the Gunners back in 2010.

But nearly seven years after arriving in English football, why did the Japanese starlet fail to live up to expectations under Arsene Wenger? Plus, where is he now?!

Following a successful trial at the North London outfit, Arsenal boss Wenger was impressed by the Okazaki-born forward’s ability and potential, offering him his first professional contract in January 2011.

At such a young age, 18, it is immensely hard for a youth team player to break into the first-team ranks of a Premier League team, so the French boss decided to send Miyaichi on loan to Eredivisie outfit Feyenoord in order to aid his development.

Three goals and five assists in just 12 appearances for the Dutch side seemed to justify Wenger’s call to take a gamble on the Japanese forward. So much so, the national media nicknamed the Gunner, “Ryodinho”, comparing him to Brazilian legend Ronaldinho.

Miyaichi was included straight in the club’s 23-man Champions League squad for the 2011-12 season, before making his senior bow against Shrewsbury Town in the League Cup in September 2011.

But despite his fast-tracking rise to be rubbing shoulders with the likes of Theo Walcott, Alex Oxlade-Chamberlain and Andrey Arshavin, first-team chances came few and far between for the fellow winger, so another loan stint beckoned in January 2012.

Premier League rivals Bolton Wanderers snapped up Miyaichi on loan until the summer, where he netted one goal and set up two further strikes in 14 games in all competitions for the Trotters.

Still ranked highly by Wenger, and indeed then Bolton boss Owen Coyle, the Gunners opted for a full season-long loan move for the Japan forward, with Wigan Athletic his next destination.

Upon his return to North London in the summer, Arsenal boss Wenger must have trusted the winger to step into his first-team picture on a permanent basis, staying at the Emirates Stadium for the forthcoming season. 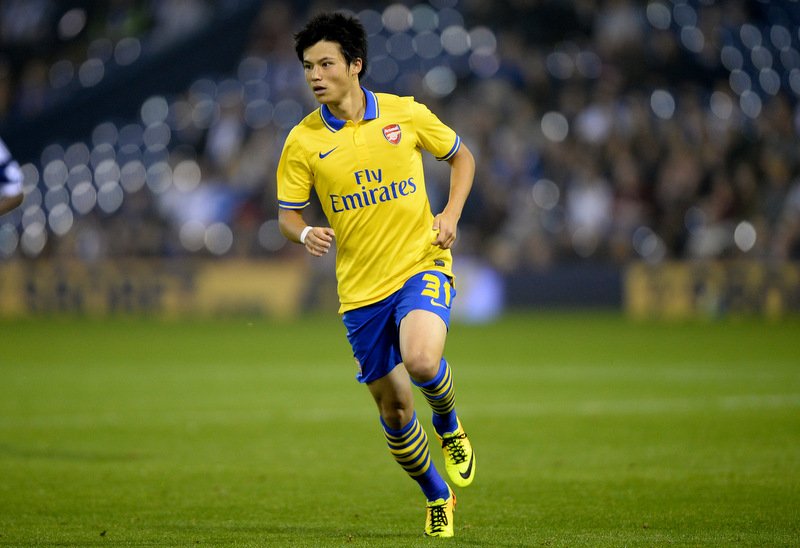 But beyond all the early career hype and pre-season expectations, Miyaichi played just 215 minutes of senior football for the Gunners, as more injuries woes (hamstring and thigh) began to wreck his Premier League path.

By now, at 21, the likes of Alexis Sanchez, Walcott, Oxlade-Chamberlain and even Joel Campbell were firmly ahead of Miyaichi in the pecking order at the Emirates, so Arsenal sought another loan spell for the winger.

After his previous experience with Feyenoord, the Netherlands seemed the sensible destination, agreeing a season-long loan stint with FC Twente, who had won their first-ever Eredivisie title in 2010.

His latest move began brightly, appearing in Twente’s next seven league games, though failing to find the back of the net or pick out a team-mate to score proved very costly.

Miyaichi was to make only four more first-team appearances for the Eredivisie outfit in-between his demotion to their reserve squad.

Unfortunately, the reality was, if Miyaichi couldn’t make the grade back in Holland, there was bound to be no future for the Japanese forward back in North London.

Upon his return to Arsenal in the summer of 2015, the Premier League giants terminated his contract, allowing him to search for a new club – permanently.

Described as having “huge potential” still, it was German club FC St. Pauli who took the next gamble on Miyaichi, offering the 22-year-old a three-year contract at the Millerntor-Stadion.

The 2. Bundesliga outfit announced he would wear the number 13 shirt. Don’t they know that is an unlucky number?

A horrific cruciate ligament injury ruined his debut term for St. Pauli, ruling him out until April, where he was finally given the opportunity to show glimpses of what he can do, scoring twice in five league outings.

This term; Miyaichi has missed just five 2. Bundesliga games so far, playing 13 times in all competitions in what many hope will be an injury-free campaign for the former Arsenal winger.

Analysing his playing style and attributes; Miyaichi too often lost possession, lacked intensity and desire, had no cutting edge and flopped frequently in the final third when it came to that decisive pass, cross or shot.

Despite having an impressive burst of pace; the Japan international also failed to do the defensive duties required to flourish into a world-class winger, shying away from the physical aspect of the game to help out his team-mates, especially with the Premier League being renowned as one of the world’s toughest divisions.

Perhaps, by the time Miyaichi was loaned back to the Eredivisie in 2014, Miyaichi already knew his time at the Emirates was coming to an end.

However, despite failing to live up to expectations, the winger’s continual battle with long-term injuries must have taken its toll during a key stage of his career, where the highly-rated youngster needed to establish himself as a key first-team star to preserve his Gunners status.

Wenger rightfully terminated his contract last summer, but it doesn’t mean to say Miyaichi can’t prove the Frenchman wrong in the future…