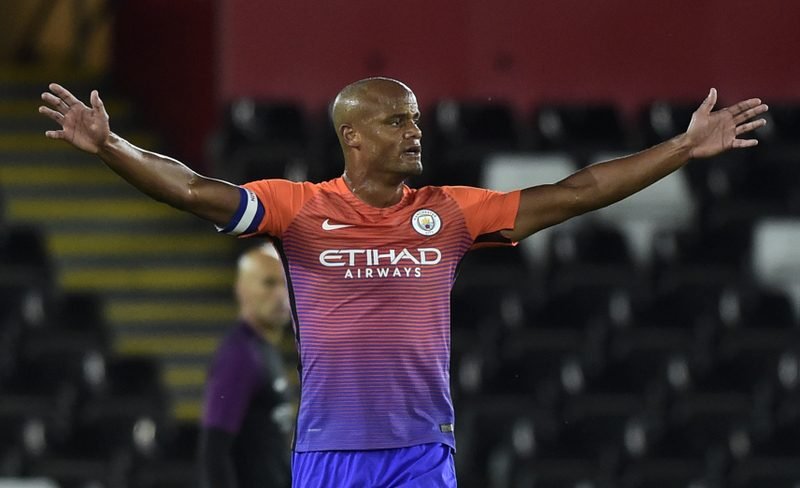 Football is often a family affair; whether you watch, or play, the beautiful game with your loved ones, going through all of the emotions, through thick and thin, as a dedicated supporter of your beloved club.

And sometimes it is no different to the professional players themselves!

Shoot! would like to wish Belgium and Manchester City captain Vincent Kompany many happy returns as the defender celebrates his 31st birthday today.

The centre-half, who has been restricted to just seven first-team appearances so far this season due to groin, leg and knee injuries, has lifted two Premier League titles, two League Cups, the FA Cup and the FA Community Shield at the Etihad Stadium outfit following his move from Hamburg back in 2008.

But, did you know that Kompany, who has racked up over 300 games for Man City and 70 international caps for his country, has a younger brother, who also plays professional football.

Meet Francois Kompany (Above), who plays at left-back for Belgian First Division B side K.S.V. Roeselare.

Despite being a fellow defender; the 27-year-old, who had a brief spell with English non-league club Macclesfield Town back in 2010, unfortunately hasn’t kept up with his elder sibling in terms of his footballing career.

But at least Francois has Vincent close by for any defensive advice to help improve his game. And who knows, if Manchester City are ever on the look out for new full-backs, don’t rule out manager Pep Guardiola making a swoop for the Roeselare man.

Don’t forget, we’ve already had Kolo and Yaya Toure at the Etihad Stadium!