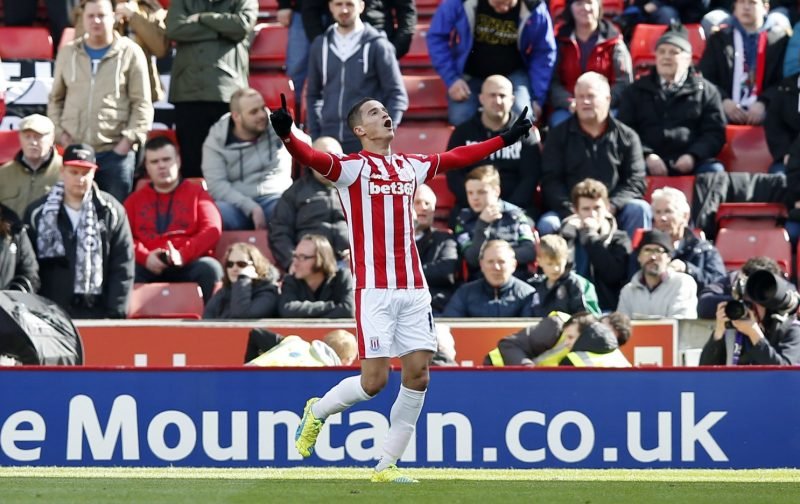 Ibrahim Afellay says he’s enjoying being back in the Stoke City fold after returning from serious injury but has refused to commit himself to the club on a long term basis reports the Stoke Sentinel.

The former PSV Eindhoven and Barcelona attacking midfielder has been impressive since coming back from a knee injury as Mark Hughes has often favoured him on the right side of midfield.

Speaking of his future at the Britannia Stadium,  Afellay noted: “It’s a nice club, of course, but for the moment I can say nothing. I am focused on the job on the pitch. The rest is not for me.”

“What I already did since I came back from my injury, and what I did last season.”

“For me it is the second time and I think it says a lot about my mentality and the way I am, yeah I’m happy I’m back.

“It’s the result of working very hard. It was quite a difficult time, many people they cannot come back from this injury. But now I am back and very happy to be on the pitch again.”

Stoke are currently 9th in the table as manager Mark Hughes look to try to push for a European place, although with Everton and Manchester United above them in eighth and seventh respectively it’s not going to be easy, but if Afellay can show the kind of form that once made him one of Europe’s most sought after midfielders, maybe they’ll have a chance of getting their highest-ever Premier League finish.