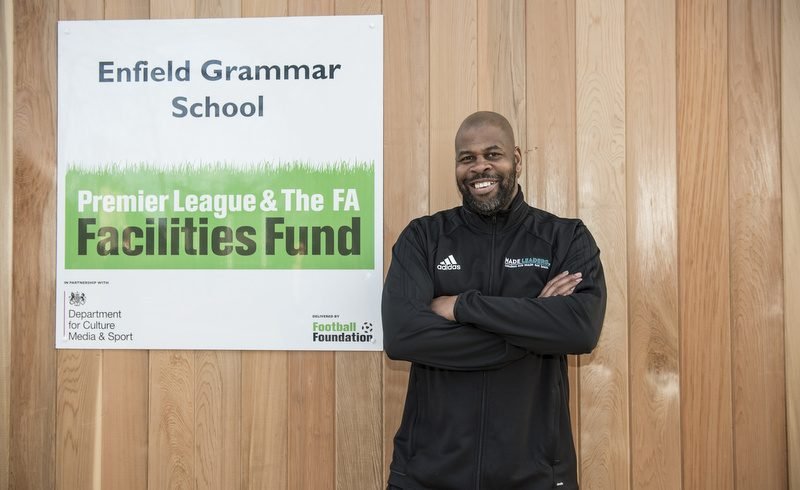 As his former side, Chelsea, are getting ever closer to another Premier League title, ex-Blue Michael Duberry joined The Football Foundation this month as he returned to his old school, Enfield Grammar School, to open their brand new £1.25m state-of-the-art pitch.

The former Stamford Bridge star, who also plied his trade at Stoke City, Leeds United and Reading, opened the new facility by scoring the very first penalty on the new surface!

He also led a coaching session for a lucky group of youngsters, as well as taking part in a Q&A session for some of the school’s students.

The opening enabled the former defender to return to his old school, which he attended between 1987 and 1992.

Duberry was delighted to open the new facility, saying, “This is a great day for my old school because they, and the local community, now have access to really top quality facilities.

“I’m actually quite jealous that we didn’t have this back when I was playing here – it would have saved training sessions and matches being cancelled!

“Well done to everyone who worked so hard to make this happen.”

The new facility was part-funded by a bequest left from a former Enfield pupil, John Blissett Newman. The facility was also made possible thanks to funding from the Football Foundation, the London Marathon Trust, the Mayor of London Facilities Fund and the school’s trustees. 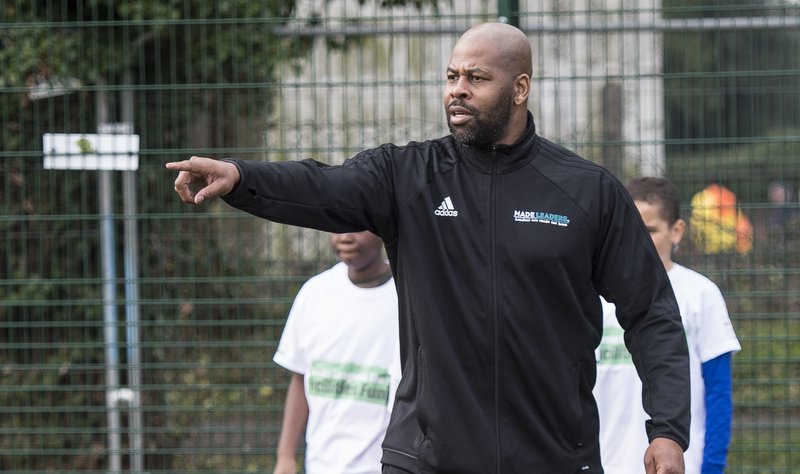 Christopher Lamb, Headteacher of Enfield Grammar School, described the new facility as an “amazing resource” that the local community can benefit from.

“I’d also like to thank the Premier League & The FA Facilities Fund for their support in making this dream a reality. The pitch will certainly improve sport, particularly football, at grass root level”, he added.

Another former pupil, Jake Livermore, was invited to attend, but was unable to due to his part in England’s match against Germany the night before.

The school has produced an array of other professional footballers, including Steve Morison (Millwall and Wales), James Dayton (Cheltenham), Danny Foster (Wycombe), and Kevin Stewart (Liverpool).

Everyone at the Foundation would like to thank Michael for giving his time and support towards benefiting the grassroots game.

You can see all of The Football Foundation’s images from the events on their Flickr page here. To check out our future openings, head to our Twitter and Instagram to find out more!