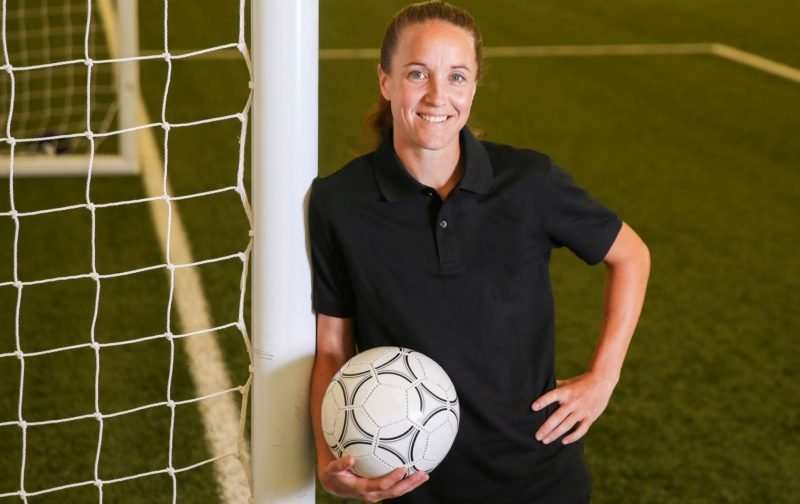 Stoney was one of the most decorated players of her generation. The former defender earned 130 caps for the England Women’s national team and won 12 major trophies during her club career.

She became England Captain in 2012, the same year she skippered Team GB at the London Olympic Games.

Following her retirement in February 2018, she moved into coaching, and was appointed the first head coach of the newly-formed Manchester United Women in June.

The 36-year-old was also named in The Independent’s Rainbow List of most influential LGBTQ+ people in the UK.

For eight-to-12-year-olds, the first as yet untitled book in the series will publish on May 16, 2019, to tie in with the FIFA Women’s World Cup (June 7 – July 7, 2019), and the series will be loosely based on Casey’s inspirational life on and off the pitch.

I am excited to announce that I am teaming up with @KRPBooks on a series of children’s books launching next year. Having three children of my own makes this project particularly special. Kids have incredible imaginations so I want to make sure that the books are hugely enjoyable pic.twitter.com/xUfuwWYP3Z

Stoney said, “I am absolutely thrilled to be working with Kings Road Publishing and cannot wait to start on the books.

“Football has given me a long career and I am looking forward to drawing on that for inspiration when it comes to writing.

“Having three children of my own makes this project particularly special.

“I know that kids have incredible imaginations, so I want to make sure that the books are fun and hugely enjoyable.”