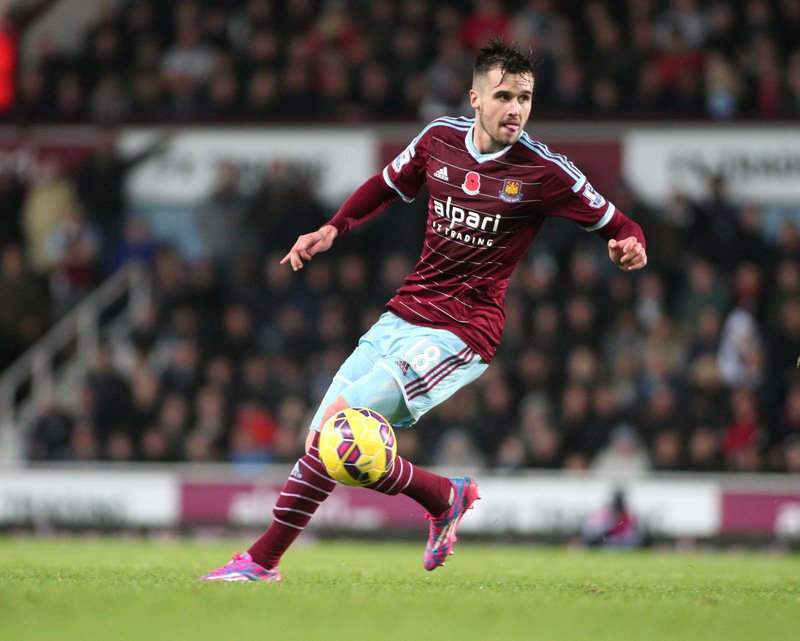 Four clubs are reportedly chasing the signature of Arsenal defender Carl Jenkinson ahead of the forthcoming January transfer window, according to the Birmingham Mail.

The Premier League side, who head into the Christmas period fourth in the English top-flight standings after back-to-back top-flight defeats to the hands of Everton and Manchester City respectively, are poised to send the right-back out on loan during the New Year market.

The 24-year-old, who has one senior international cap for England after making his Three Lions debut against Sweden back in November 2012, has been restricted to just five first-team appearances in all competitions for The Gunners so far this season.

Jenkinson, who joined Arsenal from Charlton Athletic back in June 2011, is said to be attracting interest from Premier League rivals West Ham United, Swansea City and Hull City, plus Championship side Aston Villa.

The full-back has already enjoyed two loan spells with the Hammers, scoring twice in 59 appearances, although boss Arsene Wenger is ready to agree a third loan spell away from the Emirates Stadium for his player following the impressive form of team-mate Hector Bellerin in North London.