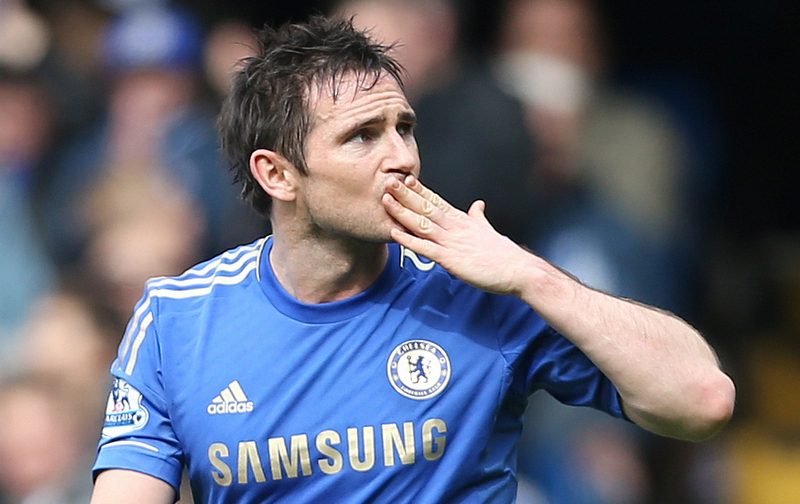 Tributes poured in from a veritable ‘Who’s Who’ of the football community hailing Frank Lampard’s esteemed career throughout the day on which he announced his retirement from the game.

Social media posts from the most highly regarded players, clubs and leagues around the world included images and videos of his abundant goals, influential moments and graphics of the lofty stats which have comfortably padded his journey to the greatest successes football has to offer.

Lampard cites his time at Chelsea as his most special. They are certainly his most fruitful, having won the highest collective and personal honours available during the thirteen years he played there.

Frank’s 648 appearances are currently ranked as the club’s fourth-highest number (behind Ron Harris, Peter Bonetti and John Terry), and, though a midfielder, he leads Chelsea’s scoring record with 211 goals – an average of over 16 a season, netting 20 or more in five consecutive seasons.

The eleven major trophies he won at Chelsea highlight his participation and influence in the squad during what is the most prosperous period in the club’s history.

After 21 incredible years, I have decided that now is the right time to finish my career as a professional footballer. Whilst I have received a number of exciting offers to continue playing at home and abroad, at 38 I feel now is the time to begin the next chapter in my life. I’m immensely proud of the trophies I’ve won, of representing my country over 100 times and of scoring more than 300 career goals. I have many people to thank. I thank my parents for instilling in me the values of hard work, dedication and professionalism, values which I have carried with me in everything that I do. I am forever grateful for the support of my family, my wife Christine and my two daughters Luna and Isla. What you have given me off the pitch has always been my strength on it. I love you all very much. Also, my friends and my own team that have always been there for me. I would like to thank the amazing team-mates, coaches, managers and backroom staff that I was privileged to work with. I’d also like to pay tribute to the clubs that I have represented. Firstly, West Ham United who gave me my debut in 1996. Thanks to the people there that believed in me at that young age. More recently Manchester City and NYCFC. I greatly enjoyed my last playing years at these two clubs and really appreciate the support I received from City Football Group and both clubs’ fans. Of course, the largest part of my heart belongs to Chelsea, a club which has given me so many great memories. I will never forget the opportunity they gave me and the success that we managed to achieve together. It is impossible to give thanks individually to all the people that helped and supported me in my 13 years playing there. All I can say is from the day I signed until now and going forward, I’m eternally grateful for everything and to everyone. Chelsea fans gave myself and my teammates such incredible support. Their passion and hunger drove me on personally to give my best year after year. I couldn’t have done it without them. Looking forward, I’m grateful to the FA for the opportunity to study for my coaching qualifications and I look forward to pursuing the off-field opportunities that this decision opens.

I feel privileged to have witnessed Frank’s career, nearly in its entirety. He is one of the first players I can truly say I have watched since his steady start to life at Stamford Bridge in 2001, then as his presence in the side became more constant and more vital and the goals began to flow, until he became one of our greatest players of all time, the likes of which we will be lucky to see in our midfield again.

As he gradually became one of the top footballers in the country, Lampard etched his name deep into the fabric of our club, and with each spectacular performance, into our hearts.

Though renowned for his masterful goalscoring, Lampard’s brilliance extended beyond his many goals, as well as their magnitude. Each homage paid in his name on Thursday attests to Frank’s exemplary character and personality that is also well known to managers, his colleagues and his rivals.

One of Lampard’s most remarkable virtues has been his relentless dedication to continued improvement throughout his career. From the start, it has been his unwavering commitment that transformed him into Chelsea’s talisman, at the forefront of everything of note at the club; Chelsea Player of the Year a record three times, and the runner-up in the FIFA World Player of the Year awards, a global recognition that has never been bestowed upon any other Chelsea player, before or since.

Lampard’s talent is clearly evident, but even more so he is the paradigm of hard work and real drive, attributes that are often lacking in young, modern-day players attempting to break through, who would do well to look to Frank for inspiration.

Quietly intelligent, Lampard has always conducted himself with grace and class, his consummate professionalism and distinct qualities established early on in his career, both on and off the pitch.

He has unswervingly displayed loyalty, character, strength and determination – as demonstrated in his penalty against Liverpool in 2008, only days after his mother passed away, which helped send Chelsea to their first-ever Champions League final.

Lampard’s consistency – he made 164 consecutive league appearances between 2001 and 2005, still the highest for an outfield player – has on no occasion let either his club or his country down. 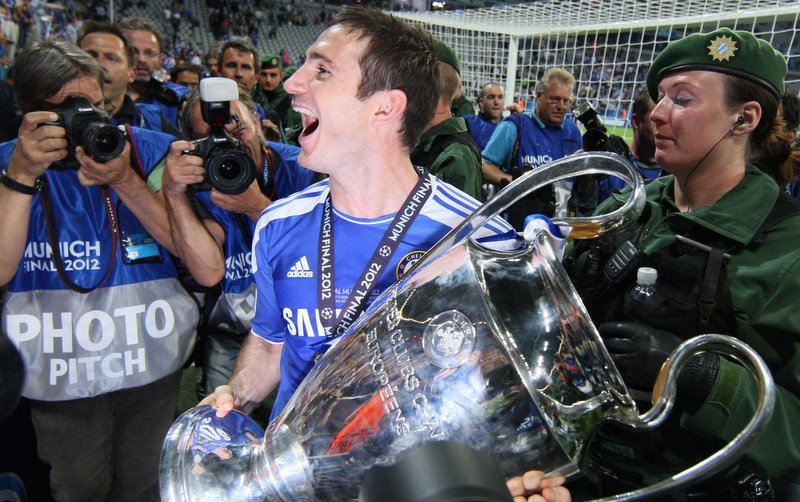 His adaptability in recent years, to a deeper role at Chelsea, a different club at Manchester City, and a different league in New York, is the same that allowed him to remain a fixture in the England team, a spell which amounted to 106 caps and included three World Cups.

Lamps forever has our respect, admiration and gratitude for every moment, every goal or inspired bit of skill, every extra minute spent training once his fellow teammates had gone home for the day. He never failed to turn up in the big games (Bolton, Bayern Munich, multiple FA Cup finals), and was always prepared to step in and lead, with aplomb, when required, maintaining his humility and likeability throughout.

Frank was largely responsible for so many of the club’s recent unparalleled joys, and when he made sure to come over to thank and/or celebrate with the fans, we became an indelible part of those experiences and emotions.

Whatever Frank decides to do next in football, you’d be hard-pressed to find a Chelsea supporter who would not want to see him back at the club in some capacity. There is no doubt that he would serve as an excellent face and ambassador for them; the mutual affection is tremendous.

An East London boy, from a West Ham family, now so completely Chelsea through and through, hangs up his boots as possibly Chelsea’s best-ever player and unarguably one of the finest to have played the game.