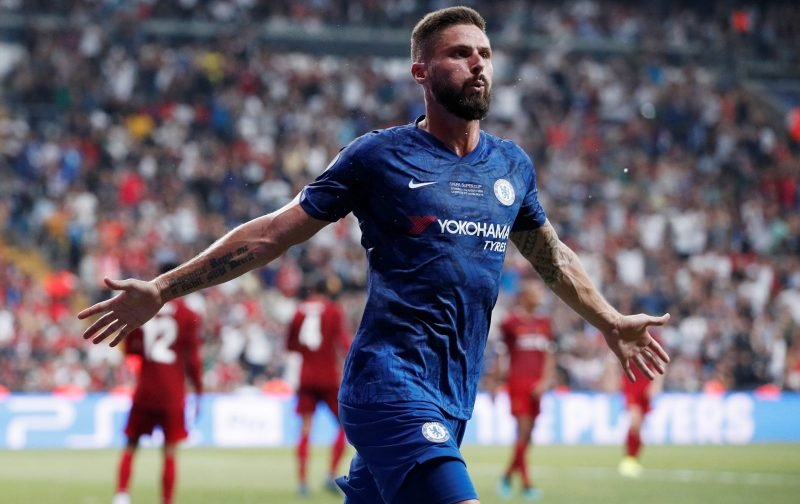 Chelsea boss Frank Lampard is planning to hold talks with striker Olivier Giroud over his future at the club, according to reports.

The 33-year-old has seen his chances limited under the Blues legend due to the form of Tammy Abraham.

Giroud has played just 191 minutes of football this season and hasn’t featured in the Premier League since August.

The Frenchman will have his eye on securing more game time to ensure his place in his country’s squad for Euro 2020.

And the Independent report that Lampard is keen to keep the ex-Arsenal hitman but that he will speak with him about his situation.

Lampard wants talks with Giroud over the striker’s future.

“I had a good chat with Oli before he went away and I always respect all the players, but particularly the players of that age of low thirties,” said Lampard.

“I love his professionalism. He was bang on when he spoke to me and with his quotes when he was away with France.

“He shouldn’t be happy and accept not playing. That’s what good players do. I think, as I said to Oli, he will get his games and be a big influence for us.

“At the moment, because of how Tammy is playing, there hasn’t been the minutes, so I would happily sit down with Oli in January. But that is a long way away. I want him here.”

Giroud has scored 19 goals and won both the FA Cup and Europa League since joining from Arsenal in January 2018.