Chelsea boss Frank Lampard is ready to sell eight players after his side were humbled by Bayern Munich.

The London side were beaten 3-0 at home by the Bundesliga leaders in their Champions League last-16 first-leg tie on Tuesday.

Three second-half goals condemned the Blues to a heavy defeat which puts them on the brink of elimination.

The display highlighted how far Chelsea, who are fourth in the Premier League, are away from competing with Europe’s top sides at this time.

According to The Sun, Lampard is now aiming to have a clear-out in the summer as he looks to improve his squad.

It’s claimed that four players involved against the German giants – Ross Barkley, Jorginho, Willian and Marcos Alonso – are all in danger of being sold. 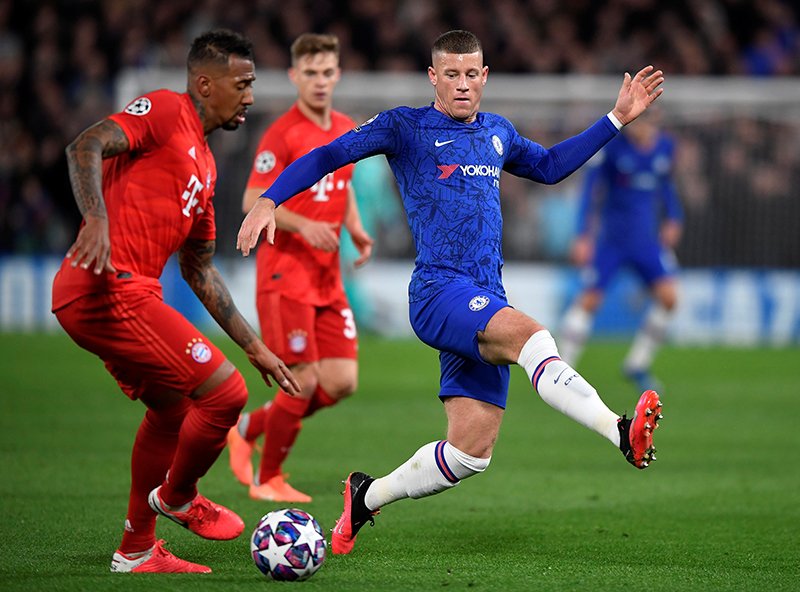 Barkley is one of a number of players in danger of being sold.

Meanwhile, Lampard is also considering moving on Kepa Arrizabalaga, Kurt Zouma, Pedro and Emerson who he doesn’t think are at the required level.

The former England midfielder has already agreed a deal to sign Ajax forward Hakim Ziyech in the summer but, if he does sell the players above, will be expected to make more acquisitions.