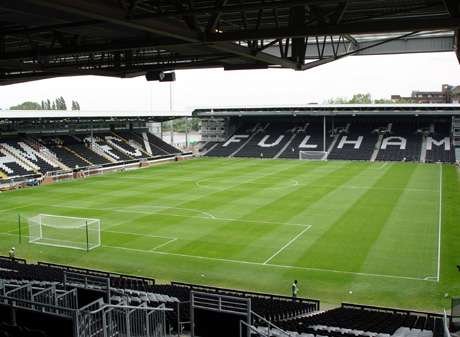 Here at Shoot! we pride ourselves on informing you about the future stars that could be lighting up the English game in years to come.

Having recently focused on the Premier League, we now turn our attention to the Championship. After making his first-team debut in December, can Fulham striker Stephen Humphrys can make the jump from youth football to the second-tier of English football?

For the Oldham born forward, titles have always seemed to come his way. His next triumph now, though, does not include lifting trophies in amateur, neither youth team, football; his next ambition is much greater: to cement his position within Fulham’s first team.

After making his professional debut with the Cottagers in December, there is a real belief that the 19-year-old can be the next big thing for the West London side. Perhaps he can Shoot for the Stars.

Humphrys was born not in West London; instead four hours up the M6 in Oldham. As a child growing up in the early 2000’s in an area known for its footballing heritage, Humphrys thrived. He always had a passion for football; thankfully, he was quite good at it.

From a young age, Humphrys would swap his green school jumper each night, for the dark training kit of Bury, after he was picked up by The Shakers at. His future was pathed out in front of him: one day he could be the hero of Gigg Lane.

Everything appeared to be going to plan. However, that was until the offer that would change his life. At the age of 15, it was clear interest in Humphrys was high, including from then Premier League team Fulham, who offered a reported five figure sum for his services. A move to West London was one that required much thought; accommodation would be provided, but it would mean a move away from his family, of who the majority lived within the Greater Manchester area. Eventually, however, football won.

The move changed everything. He knew a few familiar faces, including Jordan Evans of whom he knew reasonably well, but adapting to the “London life” took time.

On the field, however, he soon lived up to his reported five figure fee. Despite starting the 2013-14 season with Mark Pembridge and the Under 16’s side, he made several appearances for the Under 18’s side that season. He didn’t look out of place either.

By the following season, after signing his first professional contract in July, he had even made his Under 21’s debut for the Cottagers- then a Championship side following their condemnation to the second tier of English football in 2013-14 for the first time in 13 years. It was a debut to remember also. Despite a 4-1 defeat to eventual champions Man Utd, Humphrys netted off the bench in April of 2015.

After breaking into the development squad, his next job was to cement his position as the leading striker for the West London side’s youngsters. That opportunity came the following year. After a dream start to the 2015-16 season as he scored the winner in a fixture over Brighton, Humphrys became the established number nine for the Under 21’s side. The highlight of the season came in mid-February when he scored a brace over Newcastle at Whitley Park.

But, if there was ever the definition of a great season, it would come this season for Humphrys. The Oldham born forward has already netted 12 goals in the Premier League 2- he’s the top goalscorer in his respective division; the most memorable moment being a hat-trick in November against Middlesbrough- this came throughout a five-game successive goal scoring run: doesn’t this sound a bit like Humphry’s idol Jamie Vardy?

By this time, it was clear to manager Slovasia Jokanovic that the teenager warranted a place in the first team set-up. The best Christmas present Humphrys could ever wish for was a first team debut in competitive professional football. The dream eventually became a reality, as he made his debut as a substitute in late December against Derby County. The big question on everybody lips down within West London: can he sustain it?