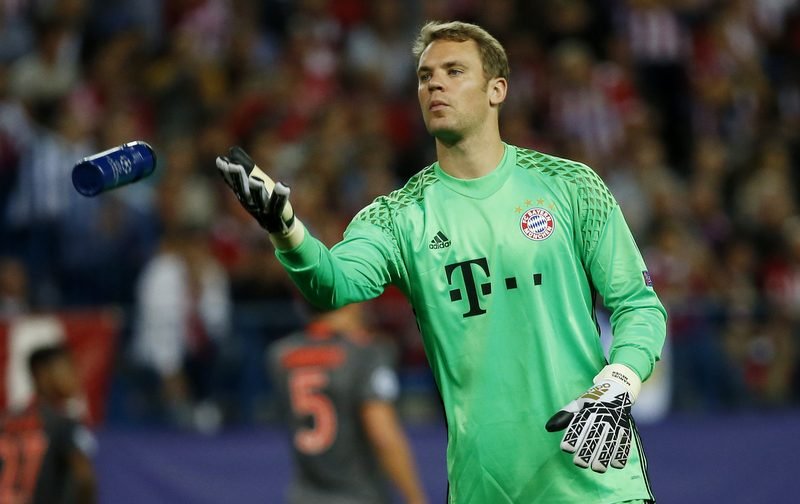 We would never wish injury upon anyone, but, it seems England have been handed a boost ahead of Wednesday night’s international friendly against Germany with the news that goalkeeper Manuel Neuer has been ruled out of the clash through injury, according to Sky Sports.

The 30-year-old, who lifted the 2014 FIFA World Cup in Brazil with his country, has impressively kept 19 clean sheets in 37 appearances in all competitions for the Bundesliga leaders so far this season – and was part of the Bayern squad that thrashed Premier League outfit Arsenal 5-1, home and away, in the UEFA Champions League.

Neuer, who will instead remain with his domestic club during the German national team’s visit to Dortmund, will also miss Sunday’s 2018 FIFA World Cup qualifier against Azerbaijan.

England face Germany on Wednesday (19:45), before hosting Lithuania at Wembley Stadium on Sunday (17:00).