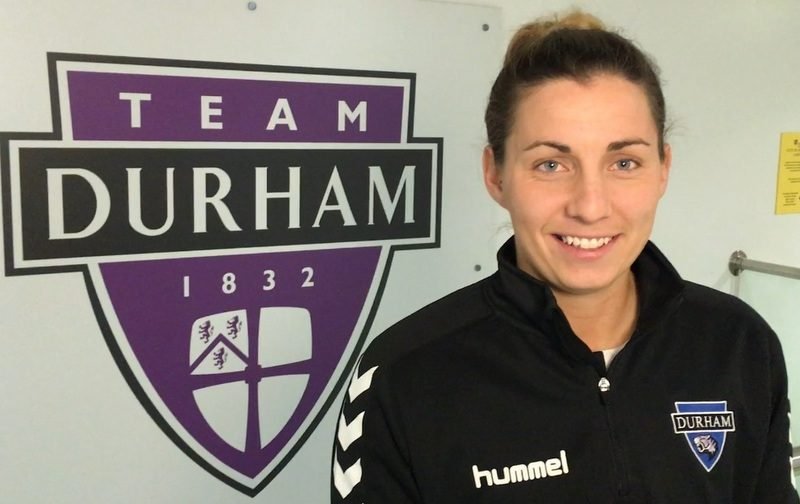 International stars might be joining and leaving the Women’s Super League – but this was perhaps the most surprising switch of the winter so far.

Long-serving Bristol City captain Grace McCatty left the club after a decade, and before they begin their WSL1 campaign, to relocate to the other end of the country, signing for Durham.

“The further I get north, the colder it gets!” she laughed.

“When I first came up, it snowed that week – I just thought, ‘Wow. This is different’.'”

Her decision to move from Bristol took a lot of people by surprise, not least her family.

“It wasn’t something I took lightly, but I’m excited, I’m really looking forward to it,” she said.

The 27-year-old is also taking the opportunity of Durham’s links with the city’s university to sign up for a part-time PhD looking at sport’s impact in education and in local communities. This isn’t so much of a shock – McCatty famously hung up her boots for part of 2015 in order to travel to Zambia and volunteer at a school.

Welcome to the Wildcats, @gracemccatty!

“I have to focus a little bit more on off-the-pitch stuff. I want to play at the highest level I can, and I believe Durham can go on and do great things, but I also need to think where I need to be off the pitch – Durham came through with the perfect package.”

She now sees herself ending her career with Durham, “whether that’s in five years or ten years,” she explained.

“I’m open to seeing what happens up here. It was a big move to come here. I’ve upped my life and moved five hours north. Why not settle here? It’s a beautiful place.

“I would like to do ten years at Durham, and then transition into an off-the-field role.”

In the meantime, as she recovers from an injury that cut her 2016 season short and will keep her out of the forthcoming Spring Series, she has big plans for her new club.

“Durham reminds me of Bristol in the early days – quite small, independent club, family-orientated.

“We went on to achieve more than anybody could have imagined. I don’t see why we can’t do that in Durham.”