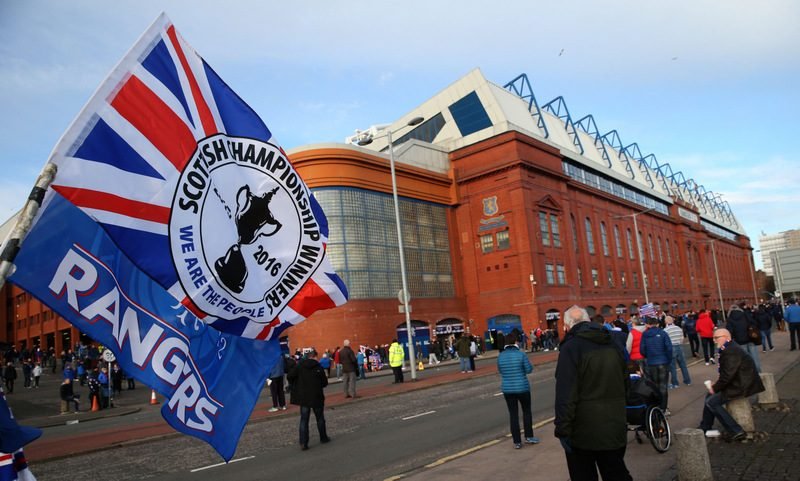 Graeme Murty may have almost no chance of taking the Rangers’ job full-time, but that doesn’t mean the interim manager is going to make the most of being in the job on a temporary basis, as he won’t allow himself to even sit in the manager’s chair, reports the Daily Record.

It’s not been an easy time for Murty since taking over at Ibrox as he’s had to face constant speculation as to who will be succeeding him in the Rangers hot seat.

Alex McLeish, Frank De Boer and even Craig Moore have all been linked with the job, before the club decided to appoint Pedro Caixinha.

The Portuguese manager was something of a surprise appointment having recently been in charge of Qatari side Al-Gharafa, previously he’d managed in Portugal and Mexico.

While Caixinha is expected to take over all managerial duties over the next few days, Murty won’t be making the most of his time still at the helm.

Murty said, “It has been stressful, difficult and enough to make me go grey but, oh God, I’ll miss it.

“Managing a club of this stature should never be easy because if you get too comfortable you can stop moving forward.

“I’ve been impacted in a very subtle way about the size of this job. We know this is a massive football club, but to see the way the manager is held has been an eye opening experience, fantastic.

“When you look at a list of the people who have managed this football club you can see why it needs a special person at the helm to make sure we move forward.

“That’s why I haven’t sat in the chair in the manager’s office. It’s not mine, to be perfectly honest.”

Many Rangers fans will be grateful for the way Murty has steadied the ship since the departure of Mark Warburton earlier this season.