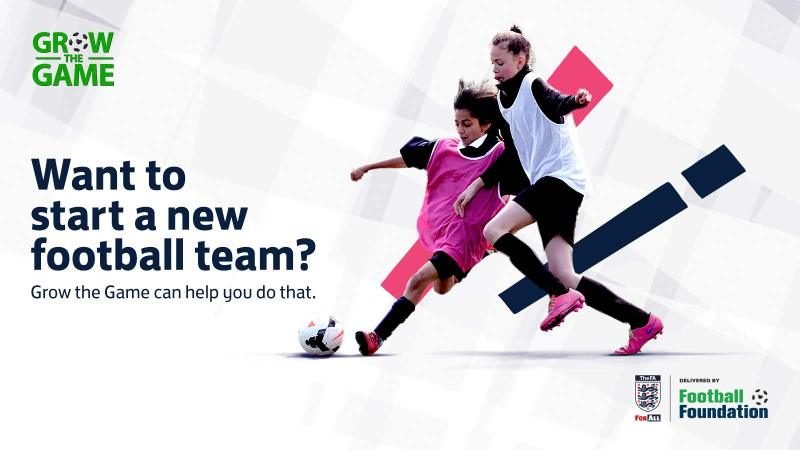 Underrepresented groups in grassroots football will soon have more teams to play in. The Football Association are investing £1.5m into the Grow the Game scheme – a programme that increases participation at the lowest levels of the game.

Delivered by the Football Foundation, Grow the Game awards grants to grassroots football clubs that wish to create new teams. Applications are being encouraged from women and girls, male teams of Under-14s-and-upwards, plus disabled teams.

Grow the Game supports football’s diversity and is designed to be inclusive of players from different genders, ethnic backgrounds, faiths, ages, sexual orientations and those with disabilities. Applications from all of these groups are being encouraged.

Grow the Game grants lessen the burden of costs associated with starting new grassroots football teams. £1,500 is available for each new team that a club creates.

England Men’s Senior Manager and Football Foundation Ambassador, Gareth Southgate, said, “For anyone wanting to create a new grassroots football team or even start up a brand new club, Grow the Game funding is vital.

“The money can help with the fundamentals of any burgeoning club, like buying new kit or training up coaches.

“It’s relatively small grants like these which make a huge difference to those who play or volunteer in our national game purely for the love of it.” 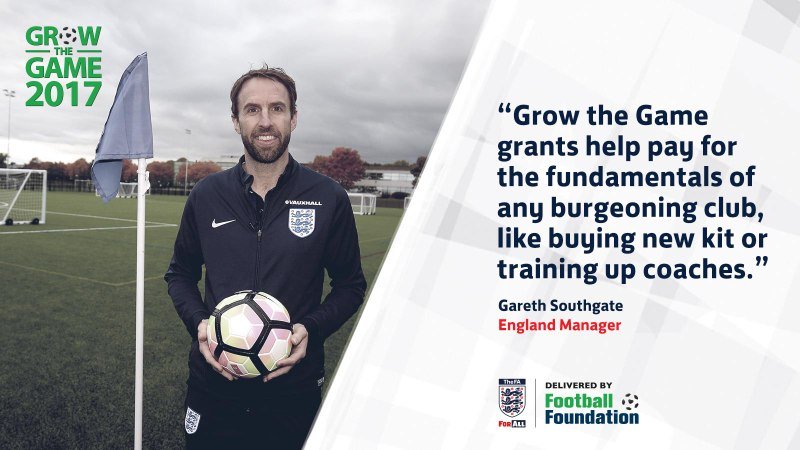 Alex Scott, right-back for Arsenal Ladies and England Women, also backs the scheme, “As a player, for me and for all of the team, it’s important to us that we inspire and encourage more girls and women to play the game.

“Funding like this will really help us drive the numbers of players.

“It’s great to see that one of the key targets of Grow the Game is to raise participation levels among women and girls.

“I know the funding will also help boys’ teams and disabled players and really demonstrates what an inclusive game football is.

Scott added, “We’ve got a massive year for the women’s game, particularly with the Euros taking place this summer, and hopefully clubs will make the most of the funding available to set up more female teams to take advantage of the interest.”

Roy Turnham, a star of the Paralympic GB football team, is another supporter of the initiative, “Grow the Game is an excellent scheme for those involved with the sport at grassroots level.

“This funding can unlock a chance for someone to play football who otherwise might not have been able to.

“When I look back at the opportunities that football has given me, it is inspiring to think that Grow the Game could potentially give another disabled player the same enjoyment I have had.

“Simply, I would say if you’re thinking of applying – do it!

“As well as representing my country at London 2012 and in other big tournaments, I’ve made friends for life through football and you can too.”

Since it was launched in 2010, the Grow the Game scheme has attracted a total of 161,285 new football players into playing regular football.