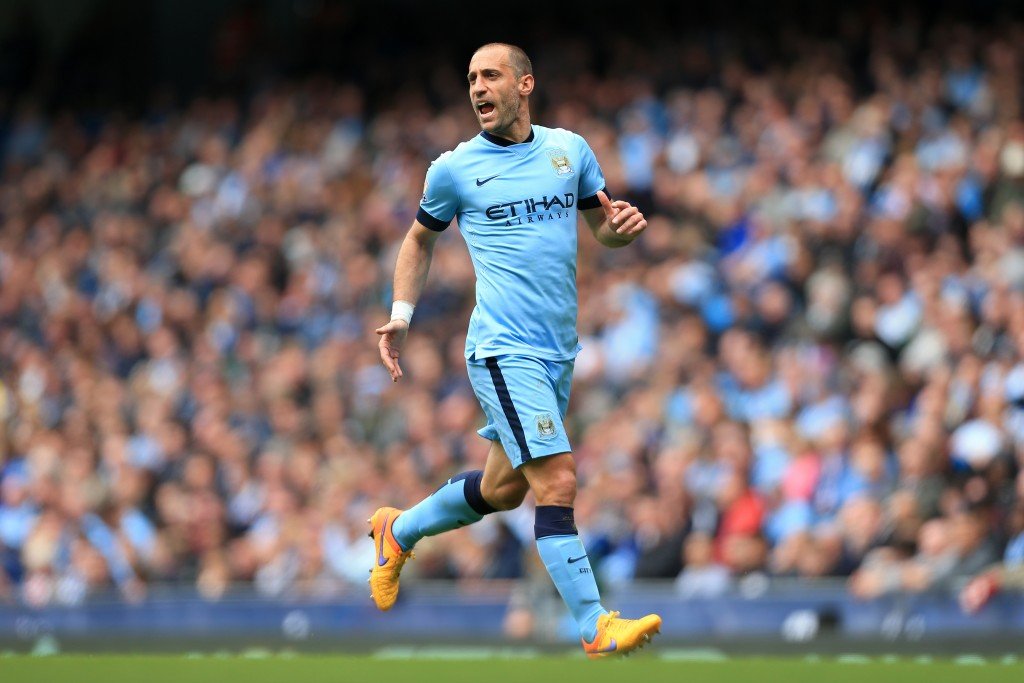 Fernaindinho deputised well at right-back against Swansea last week, and could be set to retain his place in the starting eleven.

However, if Guardiola wants to take him out for a natural right-back, or indeed play him in his preferred position in midfield, he could draft Pablo Zabaleta back into the side.

The Argentine international hasn’t started a game since their 2-2 draw with Tottenham back on January 21, although did perform well reasonably well against Spurs that day.

The 32-year-old did come on for the last 12 minutes against Swansea, and could be set to play slightly longer at the Vitality Stadium on Monday.