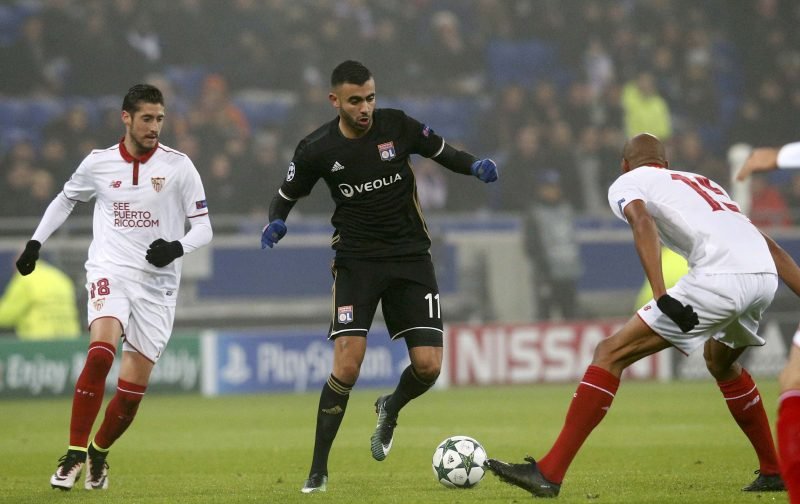 Arsenal are among a number of clubs in the race to sign Lyon starlet Rachid Ghezzal.

The silky 24 year-old who is a Lyon academy graduate has scored twice and assisted five times in 19 appearances this season. Though a hamstring injury has restricted the winger to just nine league starts this season.

As well as Arsenal, The Independent are reporting that Ghezzal whose current deal expires this summer, is being sought by Atletico Madrid, Valencia, AC Milan, Monaco and Everton.

Lyon however are desperate to keep the forward who is currently away at the African Cup of Nations with Algeria.

With Theo Walcott, Alex Oxlade-Chamberlain, Alexis Sanchez and Alex Iwobi operating on the flanks, Arsenal fans will question whether another winger is necessary.

Arsene Wenger’s side are currently preparing to host Burnley this Sunday. The Gunners will look to close the gap on Premier League leaders Chelsea before The Blues entertain Hull in the late kick-off.