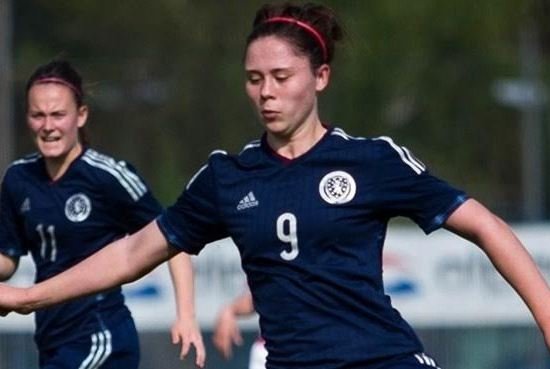 Scotland striker Zoe Ness has returned home to Durham, ready for the Spring Series which kicks off next week – and she couldn’t be happier.

“Training and games are not far from my house!” she said.

“It feels right to come back now.

“I’ve kept a close eye on Durham – and I’ve seen how well they’ve been doing on and off the field.

“They’ve definitely gone from strength to strength so I was excited to come back.”

Ness came through the ranks at Durham Cestria and played for the Wildcats in 2014 before taking up the opportunity to spend two years playing in the Swedish Damallsvenskan for Mallbackens IF.

“When I first went out there, it was stepping into the unknown, but I thought I’d give it a go and see what happens,” she added.

But she felt that it was the right time to rejoin her hometown club. She was impressed with their fourth-place finish in the 2016 WSL2 competition – and is confident they can continue to challenge at the top of the table when the winter season begins for 2017-18.

“The girls proved that they were up there last year,” she pointed out.

“I think it’s really important for the club that they do try and compete every year. The Spring Series will be exciting – it’s something we’re focusing a lot of effort into, a lot of prep.

“These are great opportunities, to compete with the other teams, see where the girls are at, and see where we’ll be when the season starts.”