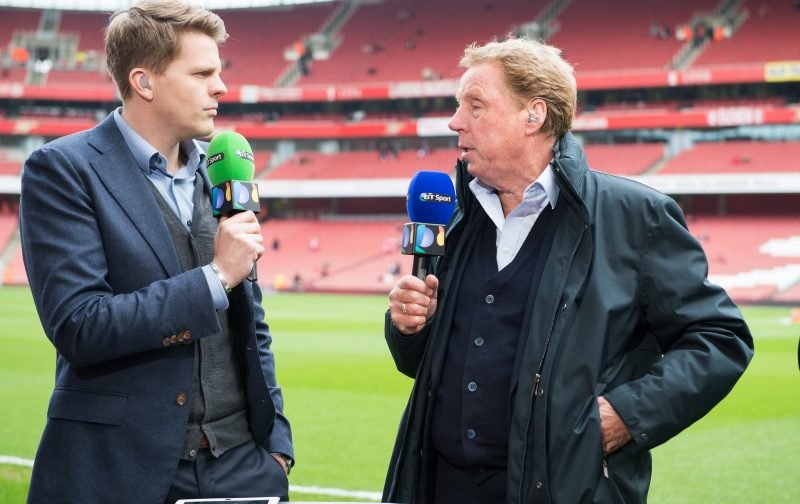 Former Tottenham manager and BT Sport pundit Harry Redknapp is backing Mauricio Pochettino and his side to secure a Premier League top four berth this season.

Spurs are currently ten points adrift of league leaders Chelsea going into their tricky trip to Burnley on Saturday, yet the North London side are seven points clear of Jose Mourinho’s Manchester United in fifth.

However, the Red Devils do have two games in hand on Pochettino’s men and still have to visit White Hart Lane next month, yet 70-year-old Redknapp, who was in charge at Tottenham between 2008 and 2012, reckons his former club are sure to seal a place in next season’s Champions League.

When discussing Arsenal’s chances of reaching the top four the 70-year-old told Shoot!: “Getting into the top four is going to be very difficult, Chelsea have won it, and Tottenham are nailed on.”

Redknapp knows exactly what it takes to secure Champions League football at White Hart Lane, given that he led Spurs to fourth place in 2010, in turn securing elite European football for the first time since 1962, and then again in his final campaign back in 2012.

Pochettino’s men will be looking to maintain and perhaps increase that seven-point cushion to United when they travel to Turf Moor on Saturday, to play a Burnley side that have won nine of their 14 Premier League home games this term.