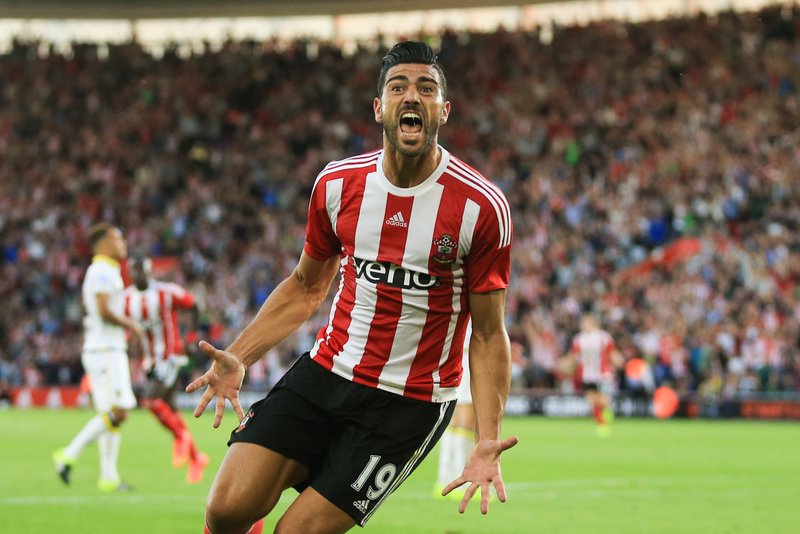 Both Southampton and Everton will be eager to record their first win of the season when both Premier League clubs do battle at lunchtime on Saturday.

The Saints snatched a 2-2 draw away to Newcastle United on Sunday thanks to substitute Shane Long’s 79th minute header, meanwhile the Toffees held Premier League newboys Watford to a similar 2-2 stalemate at Goodison Park thanks to Arouna Kone’s late equaliser.

Although Everton hitman Romelu Lukaku will be looking to outscore his opposite number on Saturday by opening his own account for the new season.

The towering Belgium international scored 20 goals in all competitions for Roberto Martinez’s side last season.

With both strikers destined to lead their side’s from the front at the weekend, here’s how they match-up from last term……