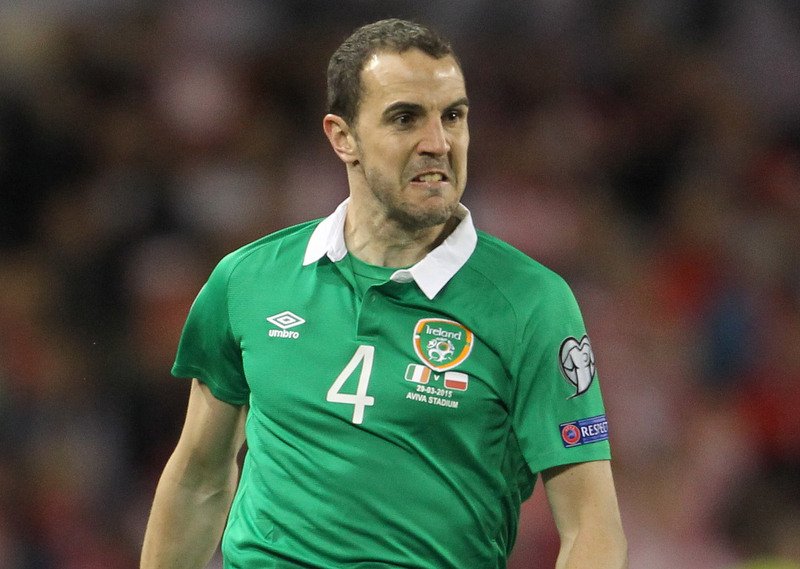 Vice-captain John O’Shea has given the Republic of Ireland a massive boost ahead of tonight’s decisive 2016 UEFA European Championships play-off second-leg against Bosnia-Herzegovina.

The Sunderland centre-half is set to return to Martin O’Neill’s starting eleven this evening after finally recovering from an hamstring injury, with the 34-year-old coming through Sunday’s training session unscathed alongside the rest of his international teammates.

Should he partner either Ciaran Clark or Richard Keogh at the heart of the hosts’ defence tonight; O’Shea’s main task will be keeping Bosnia captain Edin Dzeko quiet inside the Aviva Stadium.

The former Manchester United defender will be determined to snuff out the ex-Manchester City striker, who joined Serie A outfit AS Roma in the summer, at every opportunity after Dzeko netted the visitors’ late equaliser during their 1-1 first-leg tie on Friday.

With both former rivals set to come fact-to-face in Dublin tonight for a place in next year’s Euro 2016 finals, here’s how they match-up so far this season…