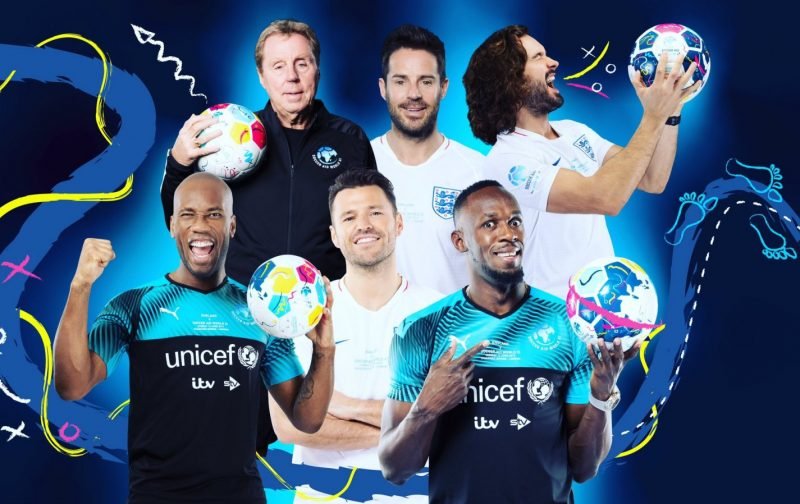 A range of stars from the world of sport and entertainment will take park in Soccer Aid for Unicef on June 16th.

This year’s venue is Chelsea Football Club’s Stamford Bridge where, once again, an England team will take on a star-studded World XI.

Over the last 12 years, more than £30 million has been raised through Soccer Aid which has helped Unicef provide life-saving food, vaccines, clean water and protection from violence to millions of children around the world.

But it’s far from job done as this year Soccer Aid again aims to make sure that more children get the chance to live a happy, healthy and safe childhood.

Keep an eye on Soccer Aid’s website and socials for more exciting player announcements and information.