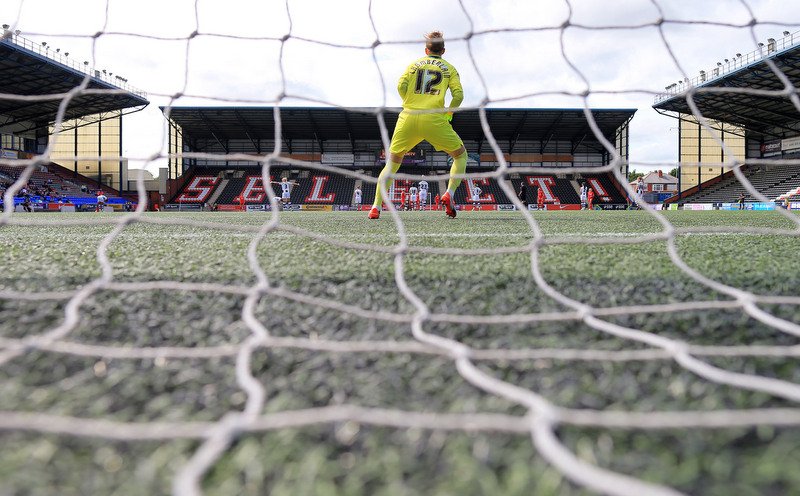 She’s scoring hatfuls of goals, she’s just picked up the SSE FA Cup Player of the Round award, and more importantly she’s enjoying her football again – it’s safe to say that striker Fliss Gibbons is enjoying life at Gillingham.

She is in her second spell at the club, this time under manager Jack Wheeler, and her four goals in a 7-1 demolition of Southampton Saints was judged to be the performance of the FA Cup first round.

“After we win on a Sunday, Monday morning is always a lot easier,” she admitted.

“We are all there because we want to be there – it’s not a chore for us, we all enjoy our football.

“It’s a really good atmosphere, and for me personally I’m really happy – I’m enjoying my football, and I think that’s showing in my performances.”

Gibbons spent 2015 and 2016 with Millwall Lionesses in Women’s Super League 2, but opted to move to the Women’s Premier League Division One side this autumn.

“I enjoyed my time at Millwall, but it just got to a point where it wasn’t the right place for me any more, and it was time for me to leave,” she explained.

“It was important for me to enjoy my football again.”

She is now looking forward to a tremendous challenge in the second round of the Cup – they have been drawn away to high-flying Tottenham, currently unbeaten at the top of the WPL Southern Division.

Gibbons added, “We turn up to every game wanting to do our best and enjoy ourselves – and that’s really paying off at the moment.

“The FA Cup is a great competition. We’ve got a tough match next round – but we’re looking forward to testing ourselves against a great team.

“On the day, if we go out and apply ourselves, we will give them a good game – we’re not there to make up the numbers.”