How Manchester United loan outcast is really rejuvenating his career 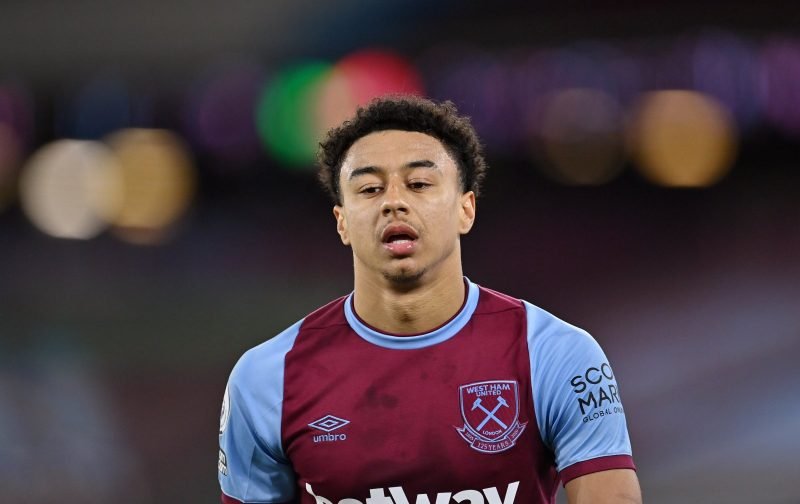 While Ole Gunnar Solskjaer’s Manchester United have stuttered to two draws in their last two Premier League games, including last-minute heartbreak at home to Everton and a disappointing 1-1 draw at West Brom on Sunday, fans will be delighted to see the performances of one former star.

After a real tough time on and off the pitch, former England man Jesse Lingard saw his spell at his boyhood side come to an end, for the time being.

The 28-year-old has been with the club since he was seven, that’s 21 years, which saw him win an FA Cup, EFL Cup and Europa League with The Red Devils, and register five starts during England’s semi-final World Cup run in 2018.

Now at West Ham on loan for the rest of the season, re-linking up with former manager David Moyes, Lingard has breathed new life into his career with two vintage performances in his first three.

After scoring twice on his debut for The Hammers in a 3-1 victory at high-flying Aston Villa at the start of February, and another impressive performance in their 3-0 win over Sheffield United on Monday, his side were temporarily in the top-four.

Lingard earned teammate Declan Rice the opportunity to get the opener against The Blades, after winning the ball back on the halfway line himself before storming down the pitch and being cleared out inside the area for a penalty. The usually-reliable Chris Basham cleared out Jesse Lingard, whose solo run earned West Ham a chance at the opener

After a breif interchange with captain Rice, and being visibly disappointed when he was told he couldnt take it, the England defensive-midfeilder scored from the spot – while Lingard was the first to go over congratulate him.

The attacker, deputising in a free-roam forward role, continued to look dangerous and crucially confident, taking shot after shot to rack up three on target throughout the match.

Moyes’ side are defying all odds and are fifth in the Premier League standings, two points ahead of champions Liverpool with 14 games to go.

If they were to finish in the Europa League spots, or beyond, it would fulfill Hammers fans dreams of magnificent midweek nights in their world class London stadium, at last.