How much of your weekly wage goes on your favourite Premier League club? 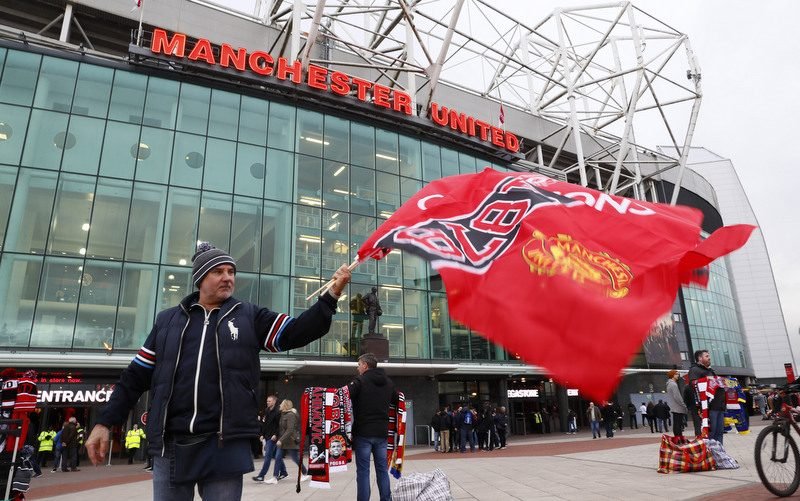 The Premier League is undoubtedly one of the most exciting leagues in the world, consistently producing memorable moments such as Leicester City’s unprecedented title triumph last year.

Whilst each club has fans from around the country as well as the world, TicketGum.com sought to find out what percentage of local supporters/resident’s weekly wage, in each of the areas in which the Premier League clubs are based in, would be taken by enjoying a full match day experience at their respective top-flight clubs.

Their definition of a full match day experience included the lowest price of a match day ticket, together with the cost of a single fixture programme, tea, pie and the most popular merchandise.

The data for the weekly wage of local supporters was collated from the Office of National Statistics (ONS).

The research found that Manchester residents would have the highest percentage (28%), of their weekly wage taken by enjoying a full match day experience at Manchester United, followed closely by Manchester City (27%). 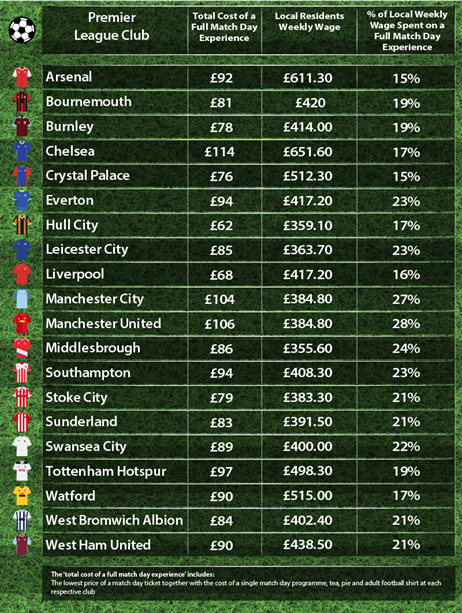 After the Manchester clubs were Middlesbrough, whose local supporters/residents would have to spend 24% of their weekly wage to obtain the full home match day experience at the Riverside Stadium.

Despite having the highest season ticket prices in the country at a monumental £1,014 – residents of Islington, where Arsenal are based, would have the joint lowest percentage (15%) of their weekly wage taken by enjoying a full home match day at the Emirates Stadium.

Crystal Palace, whose local residents of Croydon, would also see 15% of their weekly wage taken by taking advantage of a full match day experience at Selhurst Park.

Harry who lives in, as well as supports, Middlesbrough commented, “Just like many of my friends, I find myself being in the unfortunate financial position of not being able to splash out on a season ticket.

“So usually when we get together, we make a collective effort to attend some home matches. Even then it’s very expensive. You’re not only purchasing a ticket but the match day programme, drinks and food.

“I know that the clubs are not forcing us to spend money, but they must understand that we want to make the most of the day.

“With Premier League teams beneficially attaining massive revenue streams from television rights, you would expect them to become more generous with their pricing structures for fans on various aspects that make up the match day experience.”

Craig, a resident, as well as an avid fan of Stoke City, added, “I can’t really afford, nor commit, to a season ticket, therefore try to attend at least a few Premier League home matches with my son.

“Since it usually tends to be a one-off, we try to absorb the full match day experience. Alongside the tickets, we get food as well as merchandise, therefore the costs do add up.

“With the vast commercialisation of the game, perhaps clubs could be making more of an effort to subsidise costs and take the burden of local supporters like myself.”