How will Klopp take Kop Top? 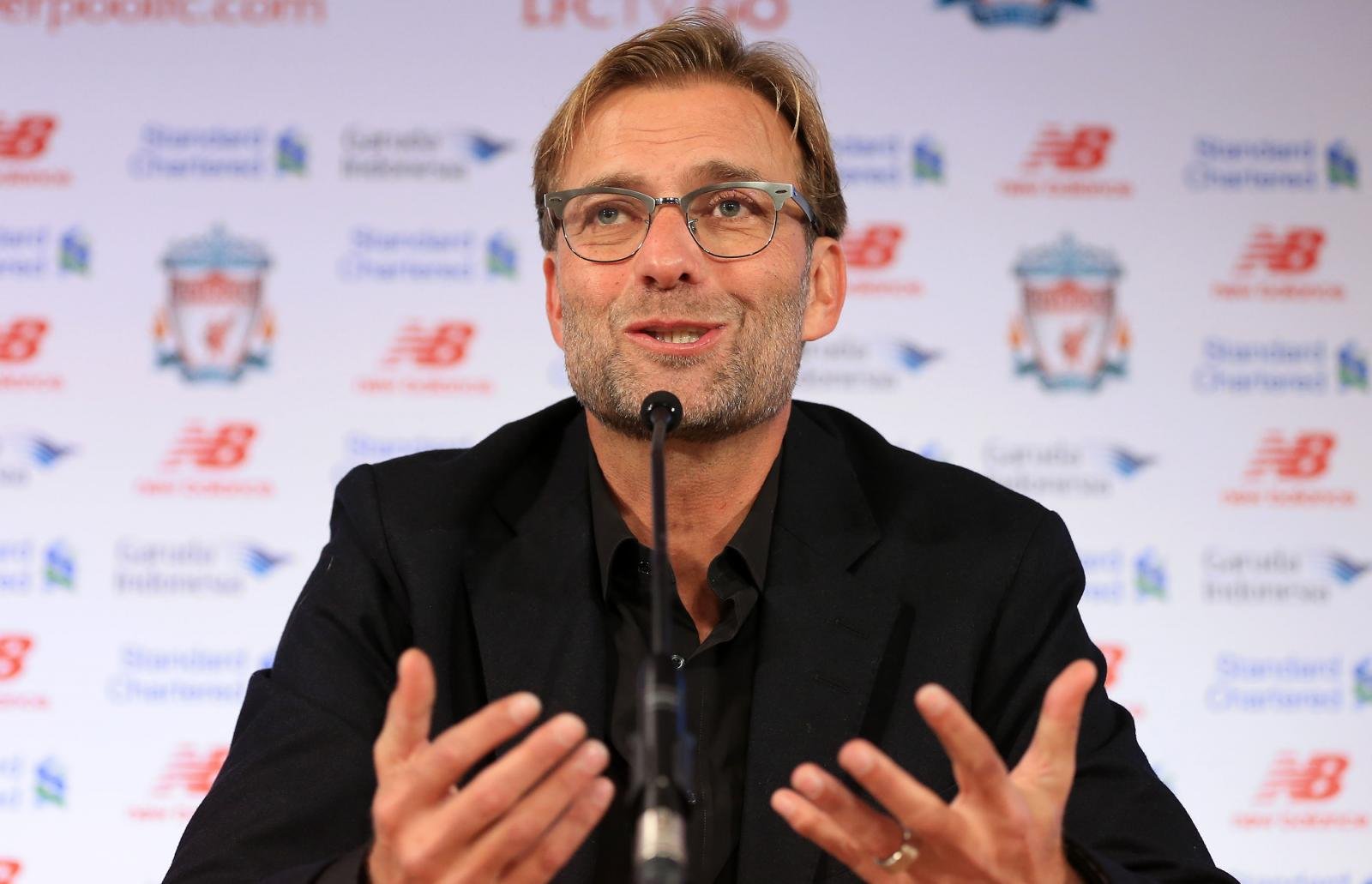 Liverpool’s appointment of Jurgen Klopp has generated plenty of excitement.

The arrival of the former Dortmund boss has been met by widespread approval at Anfield, with fans convinced the German can restart the club’s glory years.

So how will Klopp take Kop Top? Lee Price, author of ‘The Bundelisga Blueprint’, explores.

One of the reasons given for Brendan Rodgers’ departure was that he failed to introduce a recognisable style of play.

Indeed, the Northern Irishman tinkered between various formations this season, as he struggled to find a formula for success.

There’ll be no such identity crisis under Klopp on Merseyside – his teams play in a distinctive manner, adopting his now world famous ‘gegenpressing’.

In short, it means counter pressing – hassling the opposition immediately after losing the ball, in synchronised packs.

When utilised effectively, it can either retrieve possession high up the pitch, or force the opponent backwards, avoiding an incisive counter attack.

In the high-paced Premier League, which is all about hitting teams on the break, that spells goals at both ends.

He need only look at recent history, at Liverpool’s greatest ever Premier League season – under predecessor Rodgers – to see that a gung ho approach works at Anfield.

Klopp’s success at Dortmund was built on the foundation of blowing teams away in short, swift spells – like the way Arsenal raced into a 3-0 lead over Manchester United recently.

Just as Rodgers blooded Raheem Sterling – and Joe Gomez this season – Klopp has an excellent track record of developing youngsters.

Want proof – how about the man who scored the World Cup winning goal last summer?

Mario Gotze emerged at Dortmund under Klopp’s tutelage, the German Messi was promoted to the senior squad aged just 17, and was a double Bundesliga winner by the time he was 20.

His self-assessment as the ‘normal one’ was an immediate headline generator after his first press conference.

And the media will soon be hanging on Klopp’s every word.

Reacting to comparisons between his style and Arsene Wenger’s, he famously said: “He likes having the ball, playing football, passes. It’s like an orchestra. But it’s a silent song. I like heavy metal.”

On the difficulty of facing the might of Bayern in Germany, with Dortmund’s resources, Klopp quipped: “We have a bow and arrow and if we aim well, we can hit the target. The problem is that Bayern has a bazooka.”

And ‘Kloppo’ isn’t opposed to a spot of mind-games. Talking about Pep Guardiola’s poaching of Gotze for Bayern, he reacted: “He’s leaving because he’s Guardiola’s favourite. If it’s anyone’s fault, it’s mine – I can’t make myself shorter and learn Spanish.”

* The Bundelisga Blueprint, on the resurrection of German football, is available here.