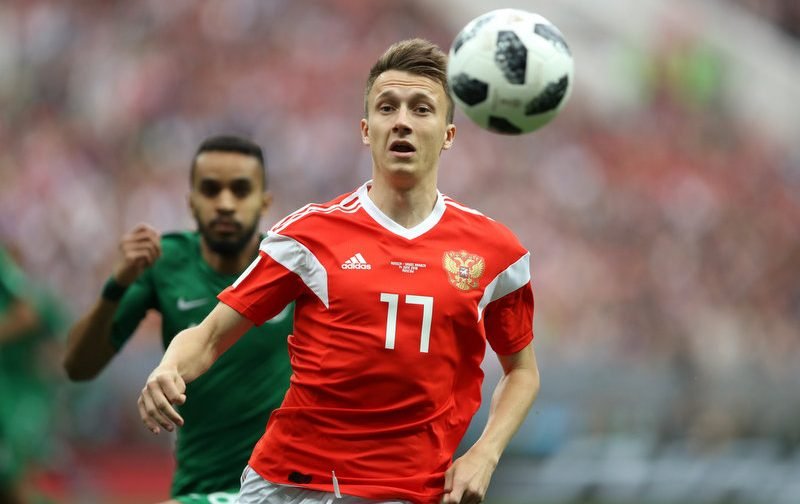 Chelsea are reportedly poised to join the race to sign Russia international star Aleksandr Golovin, according to the London Evening Standard.

The Premier League side, who finished fifth in the top-flight last term, but did win the FA Cup, have been linked with a summer swoop for the CSKA Moscow midfielder ahead of the 2018-19 campaign.

The 22-year-old, who has 20 international caps for his country, scored seven goals and provided six assists in 43 appearances in all competitions for the Premier Liga outfit last season.

Golovin, who scored one and assisted a further two strikes during Russia’s opening 5-0 drubbing of Saudi Arabia at the 2018 FIFA World Cup finals, is attracting interest from Serie A champions Juventus.

However, the report suggests that The Blues look set to weigh in on the chase to land the attacking midfielder, with the club edging closer to appointing Maurizio Sarri as their new manager. 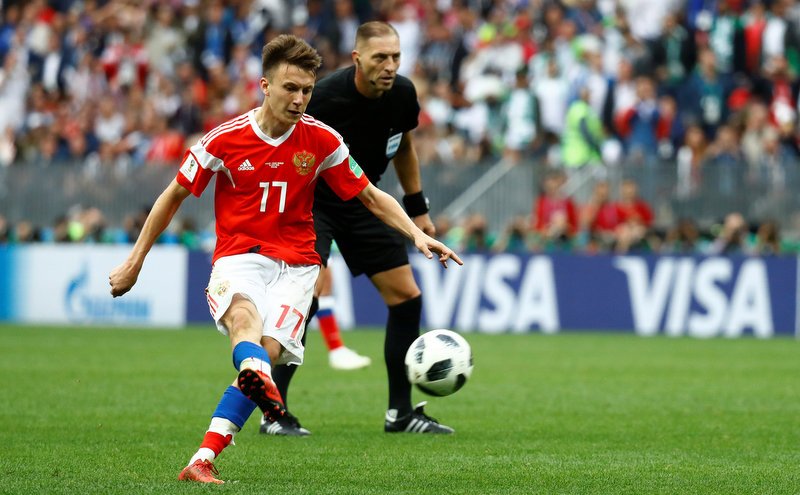 It is understood that Sarri has agreed personal terms with Chelsea last month, but the club have have yet to finalise compensation with Napoli, despite former Blue Carlo Ancelotti being appointed their new boss, and have yet to terminate Antonio Conte’s contract at Stamford Bridge.

However, Sarri’s impending arrival is said to ensure Chelsea will compete with Juventus for Golovin’s services, with the player valued at £16.2m and contracted at CSKA until June 2021.

Chelsea are yet to bring in any players during the summer transfer window.