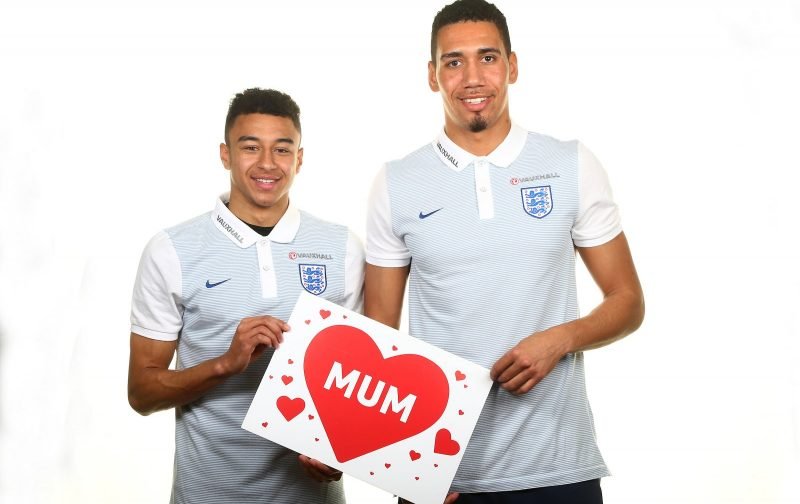 England duo Jesse Lingard and Chris Smalling squared off in an ultimate Mr and Mrs challenge ahead of Mother’s Day this Sunday.

The Manchester United stars, who are both likely to feature for the Three Lions against Lithuania on Sunday, asked each other answer questions about their childhood and upbringing, which their mums had already answered, in the bid to prove how much they really know about their mothers.

And it’s fair to say both men embraced the challenge!

24-year-old Lingard, who made his England debut against Malta in October 2016, complained of being ‘stitched up’ when defender Smalling asked him who his childhood crush was (incidentally it was Fiz from Coronation Street) only for Lingard to incorrectly, and perhaps on purposefully, to deflect attention from what seemed an embarrassing moment for the young winger.

United centre-back Smalling on the other hand correctly matched up both of his mum’s answers, with the 27-year-old admitting that he made a prank call that backfired when he was a youngster, as well as correctly answering that he used to separate his food when he was a child.

Both men clearly embraced the humourous aspect, although they’ll look to get serious and re-focus on Sunday’s clash with Lithuania, as Gareth Southgate’s men get the chance to take another step closer to the 2018 World Cup with victory at Wembley.