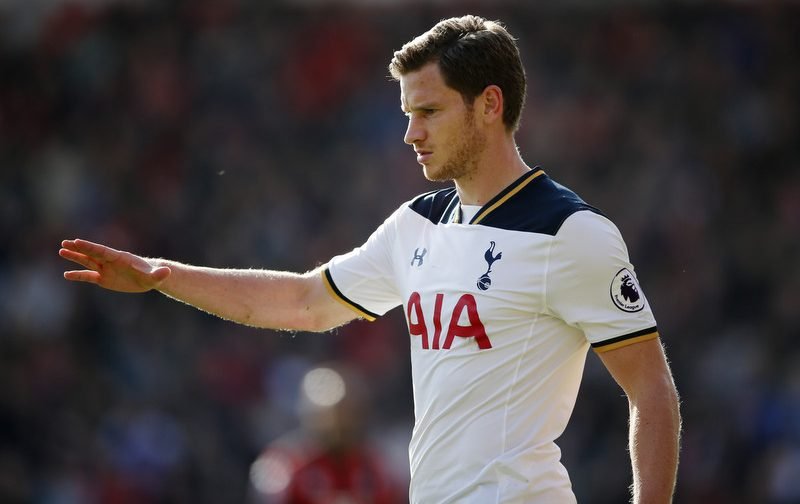 Defender Jan Vertonghen is confident Tottenham can continue to challenge in the Premier League, the FA Cup and the UEFA Europa League this season.

The 29-year-old, who has made 26 appearances in all competitions for Spurs so far this season, played the full 90 minutes as Mauricio Pochettino’s men cruised into the quarter-finals of the FA Cup on Sunday after defeating Fulham 3-0 at Craven Cottage.

And with Tottenham currently sat third in the top-flight table, ten points adrift of leaders Chelsea, as well as preparing for their European second leg Round of 32 tie against KAA Gent this Thursday, Vertonghen believes Spurs have enough depth to continue fighting on all three fronts.

He told the Guardian, “I think the manager understands the importance of the Europa League and the FA Cup, and it’s good we take it very seriously.

“We want to win both and compete in the league as well, and I think our team is fit enough to cope with these things.”

It has been nine years since the North London outfit won silverware, harking back to when Spurs defeated Chelsea in the 2008 League Cup final. However, they did reach the 2015 final in the same competition, only for The Blues to come out on top during that occasion.

“We have improved a lot since our last final and we’re a lot stronger now,” added Vertonghen.

“We played a final against Chelsea at Wembley a couple of years ago and we want more of that.

“I won some silverware at Ajax and it’s the best thing there is in football. I think this team and the technical staff deserve a trophy with this club.”