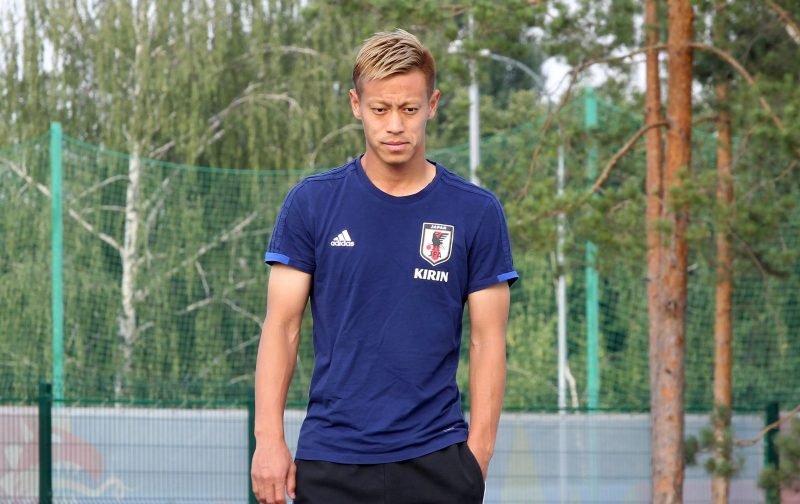 Japanese World Cup star Keisuke Honda has used his Twitter profile to make an out of the blue plea to Manchester United.

The midfielder appeared in the World Cup an impressive three times for his home country Japan and has enjoyed successful spells at both CSKA Moscow and AC Milan.

With no rumours surrounding the player and a move to Manchester United, the free agent posted a bizarre tweet earlier this afternoon.

He tweeted: “Give me an offer. I don’t need money but I need to play with great team and great team mate! @ManUtd @ManUtd_JP”

Anthony Martial is one of many United players suffering from injury.

It would be fair to say the Red Devils need all the help they can get at this time, being a team struggling for form and depleted by numerous injuries.

It remains to be seen whether or not club chairman Ed Woodward or manager Ole Gunnar Solskjaer will act on Honda’s wishes, in one of the strangest stories of the week.