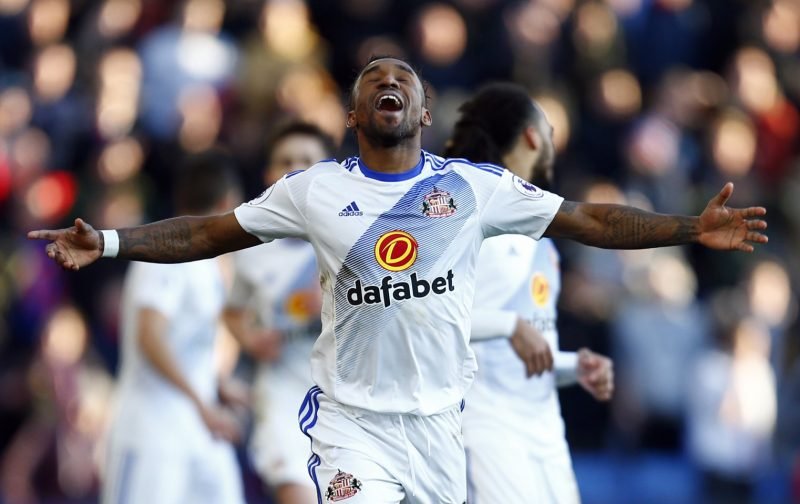 A few weeks ago and all hope seemed to be fading from the Stadium of Light, but thanks to back-to-back positive results, including last week’s demolition of fellow strugglers Crystal Palace, there’s reason to be cheerful for Sunderland fans, not least their top scorer being dedicated to the cause, according to reports from Sky Sports.

Jermain Defoe’s 14 league goals are the only reason Sunderland aren’t already guaranteed Championship football  next season, and David Moyes had to fight off interest from West Ham during the transfer window to keep hold of his prized-asset who’s still very much in demand despite his advancing years.

33 year-old Defoe is playing like a man ten years younger and even though he’s at an age where a sell on fee is about as likely as Leicester retaining their title, the Hammers were reportedly still willing to splash out £6 million on their former striker.

Regardless of whether West Ham make another move for the former Spurs man, right now Defoe insists his mind is focused on the job in hand.

“For me, that’s the best way to approach it so I’m not distracted. I’ll just keep my head down and work hard.

“Even with the speculation about West Ham, it’s always nice when you’re wanted.

“But at the end of the day, I’ve been a part of this game for a long time and that’s part and parcel of it now, so it was easy for me to see it and just think, ‘Okay, that’s nice people want me, but I’ve got to be focused on Sunderland’.

Sunderland fans will be hoping they can hold on to Defoe in the Summer, even if they fail to stay up as the strikers goals have been one of the few bright sparks in a relatively bleak period for the club.