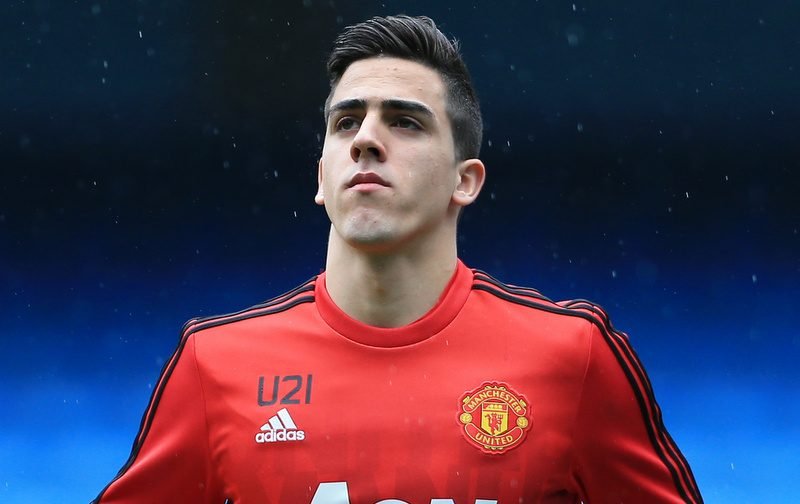 Manchester United have decided to recall goalkeeper Joel Pereira, according to Sport Witness.

The Premier League side, who have won their last six top-flight fixtures in a row after defeating West Ham United 2-0 on Monday night at the London Stadium, have cut short the shot stopper’s loan spell at Belenenses.

The 20-year-old, who is a Portugal Under-21 international, has kept four clean sheets in 10 appearances in all competitions for the Liga NOS outfit so far this season.

Pereira, who was also loaned out to League One side Rochdale last term, has been called back to Old Trafford as manager Jose Mourinho has been impressed with the youngster’s performances in Portugal and wants him as his third-choice goalkeeper for the remainder of the campaign.

“I’d like to thank everyone at Belenenses who helped me to develop my game and become a better player,” said the player via Sport Witness.

“As I’m a Manchester United player, I need to do what my club asks and I’m anxious to return to Manchester and keep working hard with my teammates.”