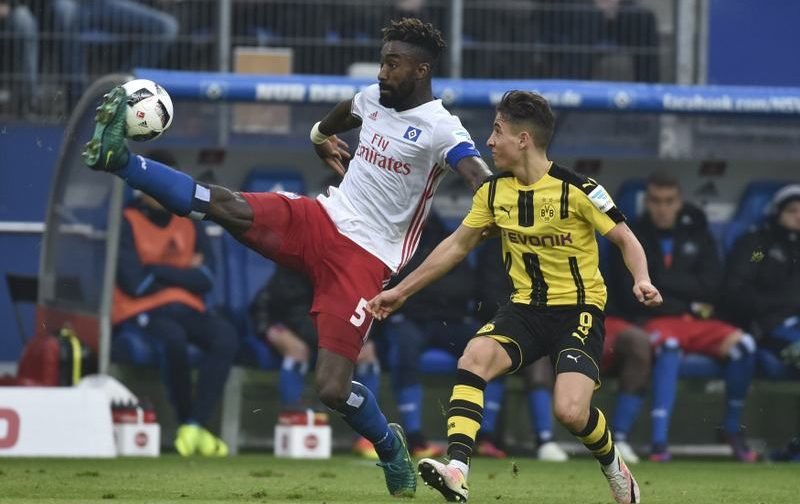 West Ham target Johan Djourou has refused to rule out a move to the London Stadium this summer, reports Blick (via Sport Witness).

The 30-year-old currently plays his trade at Bundesliga outfit Hamburger SV, where he has done since 2014, yet struggled for regular gametime at the club last term, earning just 12 starts in the league as the side finished 14th in the division.

And with no appearance in the final few months of the campaign, it appears that the Switzerland international’s feature is away from the German outfit, and as such he has been linked with a move to Slaven Bilic’s West Ham this summer.

And when recently asked about a potential move to East London, Djourou said: ‘We’ll see.’

These comments are sure to interest West Ham fans who will hope that their side can improve in the Premier League next season, after labouring to an 11th place finish last time out.

It was a mixture of defensive frailties and attacking bluntness which contributed to a frustrating season for the Hammers, and with Djourou’s contract up at the end of the month, it’s a move which makes sense as Bilic seeks to significantly bolster his backline.

English football fans will know the 30-year-old defender best from his time at Arsenal, where he stayed between 2004 and 2014 and earned 140 appearances, and with a World Cup to come this time next year, he’ll want to be playing regularly to keep himself in the Swiss side.

And he may well get the option of first team football at the London Stadium.