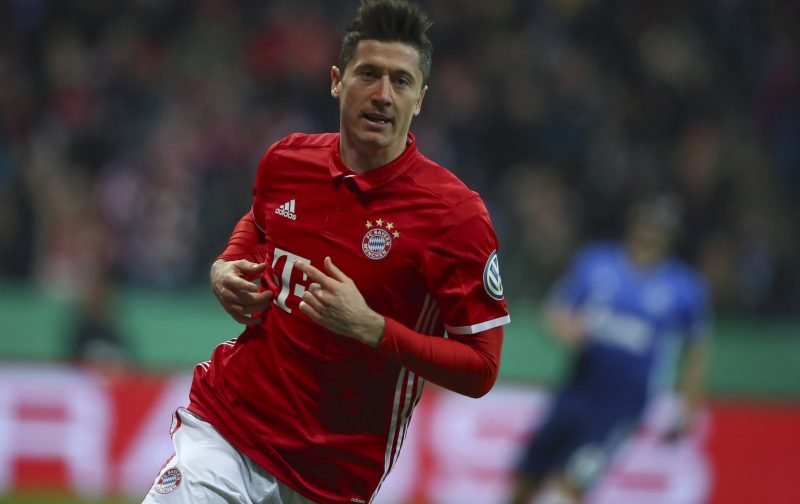 The Premier League side, who salvaged a last-gasp 1-1 draw at home to Everton on Tuesday night at Old Trafford, could lose the Swedish superstar this summer, leading the club to draw up a list of marquee forwards to replace their top goalscorer ahead of the 2017-18 campaign.

Lewandowski, 28, who has 85 international caps for his country, has remarkably netted 36 goals in just 39 appearances in all competitions for defending Bundesliga champions Bayern Munich so far this season.

The report suggests Red Devils boss Jose Mourinho has listed the prolific Pole as his number one target, should United fail to tie down Ibrahimovic to a contract extension, with his current deal expiring this summer.

Lewandowski has netted 103 goals in just 139 games for Munich following his switch from German rivals Borussia Dortmund back in July 2014.